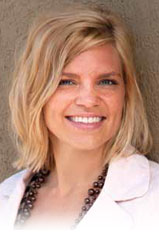 If you’ve ever known a true “people pleaser,” or happen to be one yourself, you know that these people have the best of intentions, but in their efforts to make everyone happy end up pleasing no one as a result of stretching themselves too thin. In the business world, companies are generally praised for growth — adding more products, branching out into new services, being everything to everyone — but judging from the strategies of some of Guam’s longest standing and newly successful businesses, it may be time to re-evaluate how to position a business, especially a small business, for long-term success. The word that has repeatedly come up in our interviews with small businesses lately is “niche.”

In talking with various retailers for this issue, some of the longest-standing stores indicated how competitive business is in Guam unless you cater to a niche market. Tabaquera Gifts, for one, featured in our January-February issue, has been in business since 1988. The store is one of few on island that deals in specialty tobacco and e-cigarettes.

Featured this issue in Talking Shop is The Bead Hive, a specialty jewelry making store that hosts classes and events. The business has capitalized on the do-it-yourself trend while satisfying a need in the marketplace for interactive activities and group activities for women of all ages.

Some newcomers are taking the niche approach as well. In an interview with Evan Metzger, owner of the new Daddy Donuts shop in Tamuning, for the Marianas Business Journal, a sister publication to Guam Business Magazine, he was clear about his approach to the market: “… a very specific boutique donut shop that sells two things and two things only: fresh-made yeast-risen donuts and great fresh-ground coffee. … I’m not going to start selling tuna sandwiches tomorrow if things don’t work out.”

Specialty businesses can also avail of lucrative opportunities by becoming contractors for the military. In reviewing the list of contracts that the Naval Facilities Engineering Command Marianas will be making available to small businesses in 2014, it is worth noting how specialized some of the contracts are: tire shredding; medical courier; sports official services.

The fact is, when you sell the exact same thing as someone else, you are constantly competing for the lowest price, or just competing in general. It reminds me of traveling to Bali or Beijing, where you pass five vendors and by the sixth, the products start to look awfully familiar. But if you brainstorm, get creative and keep an eye out for where the marketplace is lacking, you could become a successful niche business that gets to focus on the one thing you do well, rather than having to make tuna sandwiches on the side.

One of our Businesswoman of the Year nominees, Pamela S. Quinata, had some inspiring words at a Guam Chamber of Commerce Business Women’s Network breakfast in April. Her words of advice for success were: become an expert on your business. Know everything there is to know about it. Or, as the old saying goes, become a master of one trade, instead of a jack of all trades. Be the go-to guy or gal for whatever you do best.

No Responses to “Opp to it”