In times of bad press, press on

Every now and then Guam makes world headlines — not often enough for people, or even the media, to remember exactly where Guam is, how many people live here or what its political status is, but often enough that I can think of at least three instances in as many years that Guam has been in the international limelight. One was the passage of the Guam Marriage Equality Act. The other two — and, of course, the most recent — were related to threats from North Korea. 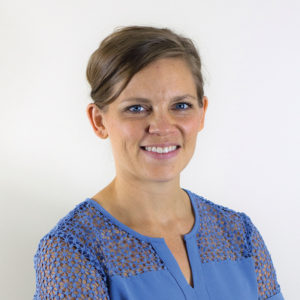 Our newsroom fielded multiple calls on Aug. 9 from international news organizations hoping to get the reactions of local residents to the latest threat. “Are people looking to leave the island?” “Is there talk of opening bomb shelters?”

The reporters were taken aback upon realizing it didn’t invoke the panic they expected. “So… it’s just business as usual?” one asked with the tone of needing to rethink the lead of his story.

The questions and the phone calls caught us off-guard, as anyone out and about could tell you that the lines at Rev & Tax were long, the shopping centers were full and the traffic was backed up by the Wednesday night market at Chamorro Village — all signs of normalcy.

But even though residents and tourists here were largely calm and confident, the rest of the world — including potential tourists, investors and the like — saw a different painting. They saw that Guam was associated with potential danger, and that association will likely have an economic impact for months after the news dies down.

All of the island destinations in Micronesia can relate. Saipan felt the squeeze after Typhoon Soudelor. Palau’s numbers dropped with news of its drought and that the jellyfish population had declined.

There is a silver lining in times of bad press, however, that Palau President Thomas E. Remengesau mentioned in his State of the Republic Address in May. Palau’s arrival numbers are down about 13% from 2015 to 2016 and so far this year are down another 15%. “I believe that we have been given a one-time only opportunity to reset our tourism industry and to once again aim for a high-value tourism model,” he said.

We can’t control political tensions, natural phenomena and the news that follows, but we can be productive whether there’s an ebb or a flow.

If there is an ebb that results from the recent news, the best thing we can do is prepare for the next boom time and re-evaluate what we want the market to look like and what would have the best possible benefit to the community at large.

Palau is in the process of doing that right now, which you can read more about on Page 22.

We know news and developments in Palau are of high interest for many of our readers, as it’s a highly reputed destination worldwide and one that is taking uncharted steps to protect its resources yet grow its economy. So we hope you enjoy our first-hand coverage of Palau’s tourism industry, our first feature on Palau since 2011.

We owe a special ke kmal mesaul to President Remengesau, a subscriber and regular contact of our publications, for his availability to meet with our correspondent, Bernadette H. Carreon, on the latest updates. We also thank the Palau Visitors Authority, Belau Tourism Association and the private businesses in the industry who made themselves available for interviews and the cover photo shoot with Richard W. Brooks.