on September 13, 2019 | Leave a comment
Departments In the Spotlight 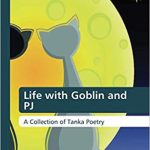 Tanka poetry collection illustrates life with cats
University of Guam Professor Yukiko Inoue-Smith’s book “Life with Goblin and PJ: A Collection of Tanka Poetry” was published by JustFiction Edition. Inoue-Smith, a professor of educational psychology and research, worked extensively with tanka, which translates in Japanese to “short song”. The poetry in “Life with Goblin and PJ” is inspired by her two cats.

Her works are available for purchase on Amazon and JustFiction.

United was also the recipient of a 2019 CIO 100 award for its volunteer solicitation program. United is the first airline to implement a fully automated tool that enables customers to volunteer their seat, confirm a new flight itinerary and receive compensation without additional steps at the gate which aims to make boarding more streamlined and less stressful for customers and employees alike. With this tool, available during check-in at United.com, the mobile app and at kiosks at the airport, customers can elect from options including free schedule changes or bid to exchange a confirmed seat, all at the time of check-in. This is the airline’s third consecutive year receiving this award.

Palau and Tonga win Energy Globe Award
Pacific Community’s Global Climate Change Alliance: Pacific Small Island States was the recipient of the 2019 Energy Globe Award and is one of the finalists for the International Award. The project’s approach of a learning exchange between Tonga and Palau to share coastal management experiences was lauded. The project is recognized for its outstanding and advancing peer to peer learning in climate change adaptation among Pacific communities. GCCA: PSIS piloted a coastal protection measure in three communities in Tonga, combining hard and soft to allow sediment to move along the coast. These coastal communities are now better protected from storms. Following the exchange, Palau trialed similar coastal protection measures in the Rock Islands. Using semi-permeable groynes and re-positioning small scale tourism facilities allowed for natural sand movement.

With more than 182 participating countries and over 2,000 project submissions annually, the Energy Globe Award is one of the most prestigious environmental awards. The winners are selected by a panel including members from the United Nations Industrial Development Organization, World Bank and the European Renewable Energy Council. The GCCA: PSIS project was a €11.4 million EU funded project.

Palau wins 2019 PATA Gold Award
The 2019 PATA Gold Awards Dinner and Award Presentation will take place in Kazakhstan on Sept. 19 during PATA Travel Mart 2019. Palau will receive the PATA Gold Award for its Community-based Tourism, Airai State Cultural Tour and the Palau Visitors Authority. These awards, which are sponsored by the Macao Government Tourism Office, recognize the achievements of 27 organizations and individuals. This year’s awards received 197 entries from 78 organizations and individuals. Winners were selected by an independent judging committee.

Bennett wins first runner-up in bikini competition
Saipan’s Yvette DLG Bennett won first runner-up in the Miss Bikini Model Division of the Miss Bikini Competition. Bennett beat 31 other contestants from other states. Bennett’s swimsuit was designed with seashells and plumerias and was custom-made by Saipan’s Flowerpot Salas and Philip B. Quitugua of “Flowerpot Creations.” She used the NMI flag in her photo shoots and on the runway, making her one of three contestants to connect her swimsuit design to the state she represented. As first runner-up, Bennett is next in line to promote the Miss Bikini Model title if the winner is not able to fulfill obligations.

Japanese TV shows feature Marianas
The Mariana Islands received coverage from two Japanese television shows in July. On July 10, “Mira Sieki Jipang,” a program on TV Tokyo aired a 54-minute piece titled “The Island that Japanese Have Forgotten,” which highlighted Saipan’s modern tourism, new air service by Skymark Airlines, and the historic ties between Japan and the Mariana Islands. The program urged viewers to not forget Saipan. “The Human Observation Variety: Monitoring” aired July 11 on Tokyo Broadcasting Station and featured more than 20 minutes on Saipan. The program followed Big Eater Three Sisters, three women taking on strong men around the world in eating contests. The Marianas segment spotlighted professional food fighter Sachiyo Masubuchi competing in the J’s Fried Rice Eating Competition held as part of the Taste of The Marianas International Food Festival & Beer Garden in May. The three sisters also challenged a local diving guide to finish a 9-pound steak in less than an hour at Country House Restaurant.

Filming for the shows took place in April and May. 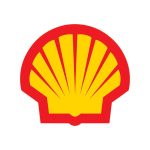 Delta Management’s San Nicolas is region’s top performer
Shell San Roque cashier and store leader, Connie San Nicolas, received global recognition for top performance in the recent Shell’s People Make the Difference Real competition. San Nicolas represented Delta Management at the Shell Oil Company’s Smiling Stars event in Sydney, Australia and was awarded the Country Service Champion Award. The competition focuses on delivering excellence in customer service to every customer, every time. San Nicolas was selected at the regional award ceremony held in Guam in March of this year as the “Shop Champion” for the region.

San Nicolas was given a cash award and an all-expenses paid trip to the global awards event in Sydney. She joined more than 1,000 other Shell awardees from around the world in June for three days of networking, business meetings and visits to the Sydney Opera House, Sydney Bridge and Zoo to see Australia’s unique wildlife. This is the third consecutive year Delta Management was represented at the event.

Gaangin recognized for “Above and Beyond” efforts pre-post typhoon
IP&E recognized Delta Management’s Ephrem Gaangin, manager for its four Shell branded service stations. Gaangin was awarded IP&E’s Safety Champion award as well as special recognition for his selfless, above and beyond action leading up to and after Super Typhoon Yutu. Due to Gaangin’s planning and post storm execution, Shell was able to open its sites quickly and safely to serve the NMI in its time of need.

ASC Trust earns excellence certification
ASC Trust attained the CEFEX American Society of Pension Professionals & Actuaries certification in July, a certification granted to firms providing recordkeeping and/or administrative services to retirement plans that adhere to a standard of excellence and dedication to best practices. The program requires an annual certification renewal and encourages a culture of good governance and oversight.

GTA receives best mobile coverage award
GTA received an award from Ookla for Best Mobile Coverage in Guam for quarters one and two of 2019. Ookla is one of the global leaders in mobile and broadband network intelligence, testing applications and technology, and is the company behind Speedtest.net. Speedtest by Ookla is a way for consumers to measure and provide insight into the speed and quality of mobile and fixed broadband connections. Ookla Coverage Awards are based on the user’s mobile experience with their cellular network, and incorporates a measure of each provider’s availability and footprint within the country. The findings are determined using data from coverage scans, which capture the real-time network conditions of Android Speedtest users across the globe.

GVB and GHRA recognize hospitality industry heroes
The Guam Visitors Bureau and the Guam Hotel and Restaurant Association announced the winners for the 2019 Hospitality Employees are Outstanding Awards at the Hilton Resort and Spa on July 26. Fourteen winners were selected from seven award categories:

GRMC executive completes physicians’ executive MBA program
Dr. Michael W. Cruz, president and CEO of Guam Regional Medical City, recently completed the rigorous 16-month accelerated Executive MBA for Physicians program at The Heller School for Social Policy and Management at Brandeis University in Boston, Mass. The program is designed for practicing physicians who either are, or seek to be, in executive positions of management or leadership.

The Heller EMBA for Physicians focuses on the critical areas of medicine and management, health policy and economics, finance, operations, high performance leadership and innovations in healthcare. The program combines online learning with four 10-day on-campus sessions. The EMBA for Physicians program is designed specifically to fit the demanding schedule of practicing doctors and, as in the case of Cruz, physician executives so they can study while maintaining a busy work schedule.

The program culminated with a capstone Executive Team Consulting Project, where students led a team of colleagues in addressing a major issue affecting their respective individual institutions. Cruz joined his classmates in presenting his project which involved a major change initiative at GRMC. Cruz’s project was featured in the Heller EMBA for Physicians online blog.

Cruz has been a practicing physician for 25 years and an executive at GRMC since 2014. 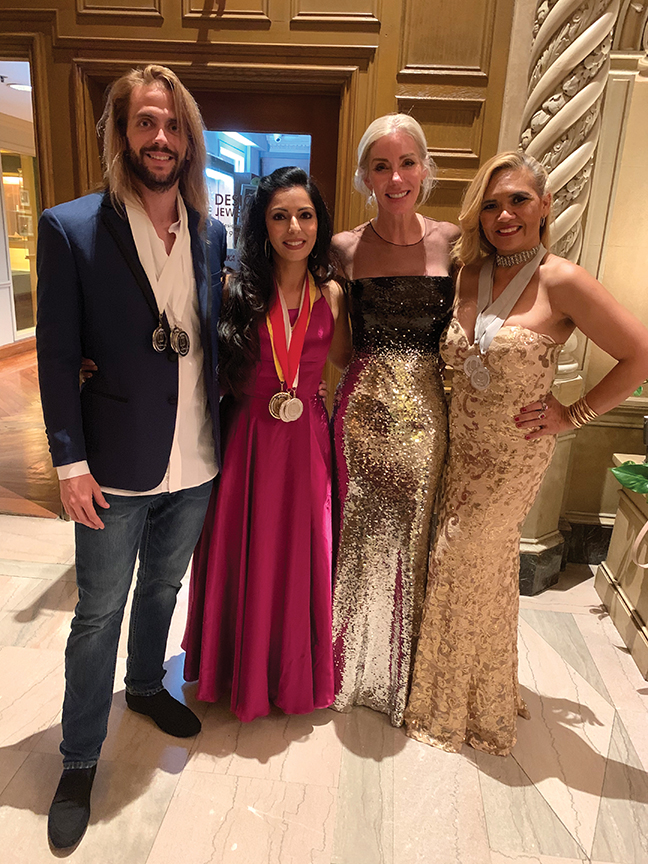 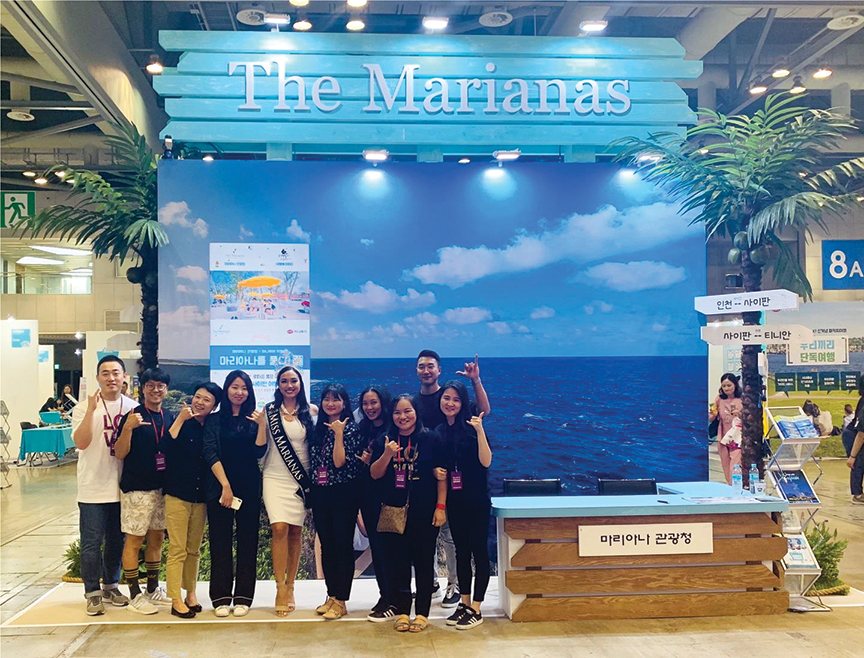