on November 28, 2022 | Leave a comment
Departments Features In the Spotlight 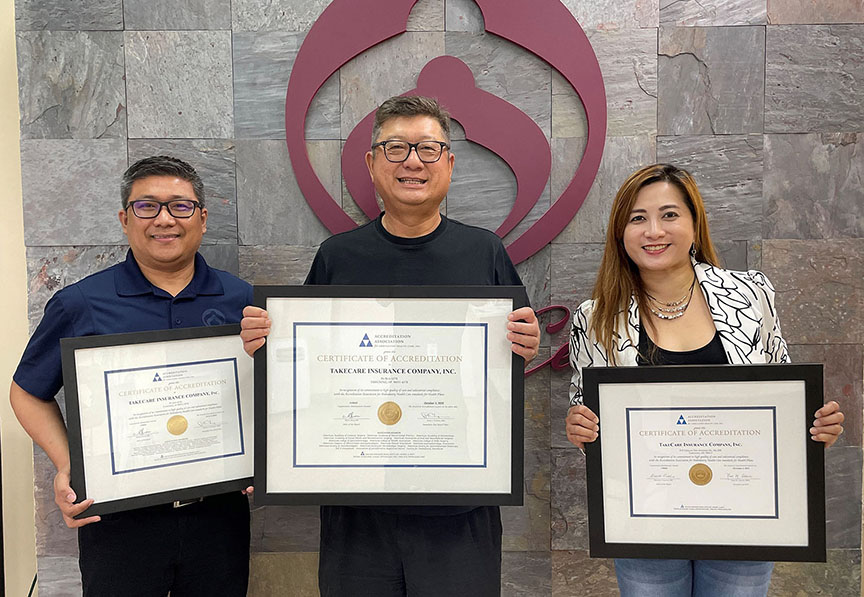 AAAHC is a private, non-profit organization formed in 1979. It develops standards aimed at advancing patient safety, quality care, and value for ambulatory health care through peer-based accreditation processes, education, and research. The AAAHC health plan accreditation program is recognized by many state and federal regulators and healthcare oversight divisions as meeting stringent operational and program requirements in areas such as quality and risk management, member rights and utilization. 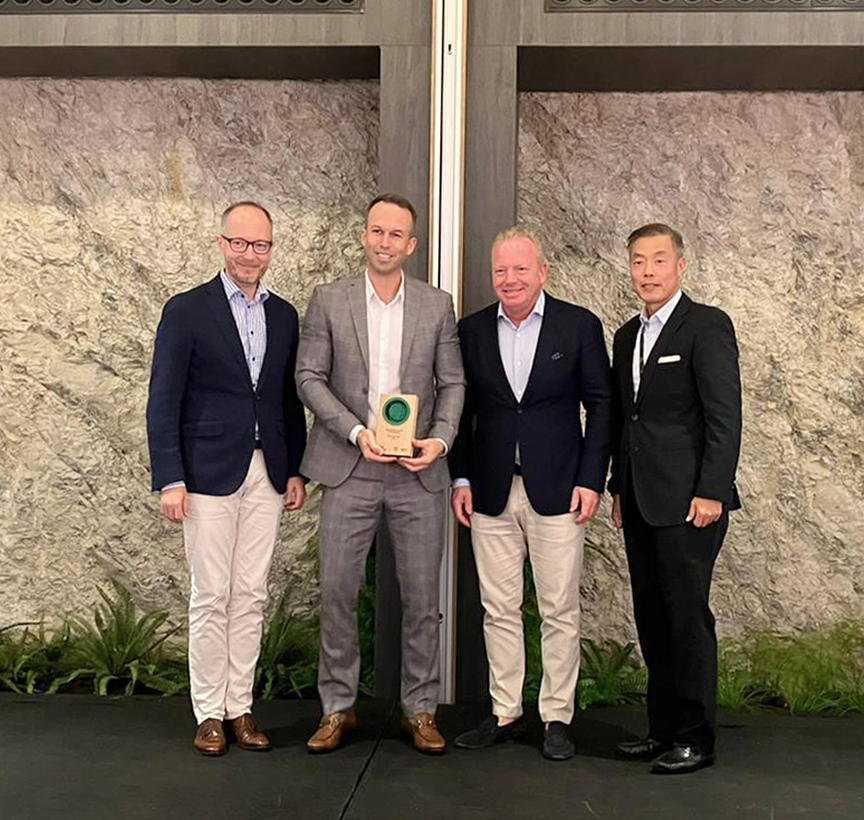 Initiatives include a Used Car Battery Recycling Program for customers, a waste recycling program for tires, other materials and lubricants and other fluids, energy efficient LED and UV lighting installation and planned solar panel installation. 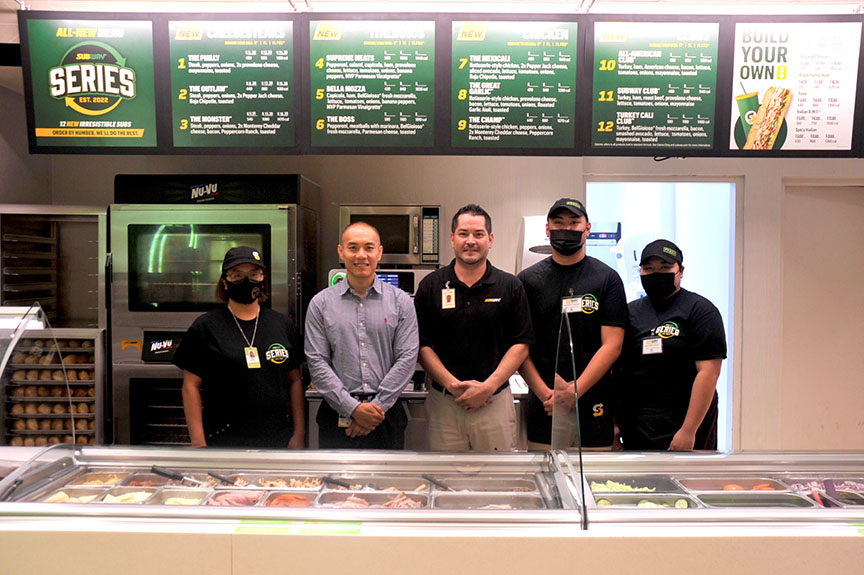 At the launch of the new Subway menu at the NCS restaurant on Rte. 3 in Dededo are (second from left) Marcos W. Fong, managing director of Subway Restaurants in Guam and Saipan, and (third from left) Patrick Perez, director of Operations for NAKICOS Corp., which does business in Guam and Saipan as Subway Restaurants; together with members of the Subway Team.

Subway has introduced The Subway Series in Guam and Saipan – a completely new menu of 12 sandwiches.

The Subway Series comprises 12 sandwiches hand-picked from hundreds of chef-inspired sandwich recipes that took a year of testing and perfecting to earn a coveted spot on The Subway Series menu, according to the Quick Service restaurant chain.

The Subway Series of 12 new sandwiches is grouped into four categories—Cheesesteak, Italiano, Chicken and Club—with three sandwiches each. Ingredients include Capicola, a popular type of salami or cold cut, and Garlic Aioli. With The Subway Series comes a new ordering system to streamline the process for guests. At the customer’s choice, instead of walking the line to pick ingredients, toppings and condiments, they can s order by saying the sandwich name or number and specify whether they want a Footlong or a six-inch sandwich of The Subway Series menu, which is comprised of

Guests can still customize and make substitutions to the classic menu and to the curated sandwiches of The Subway Series.

The Subway Series launched nationally during the summer. 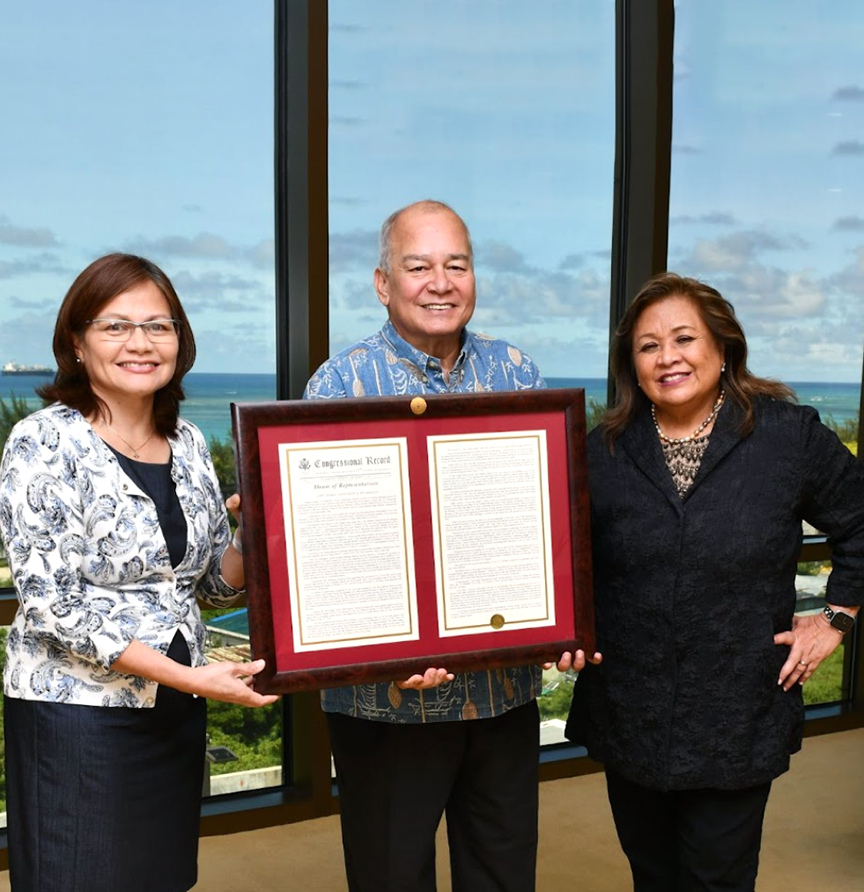 Photo courtesy of the Office of the NMI delegate to Congress

Gregorio Camacho “Kilili” Sablan, delegate to Congress for the Northern Mariana Islands, presented a copy of his statement in the Congressional Record to Chief Judge Ramona V. Manglona (at left) of the Northern Mariana Islands. Also present was Guam Chief Judge Frances Tydingco-Gatewood. The Congressional Record statement memorializes the history of the federal court in the NMI and those who have worked there. 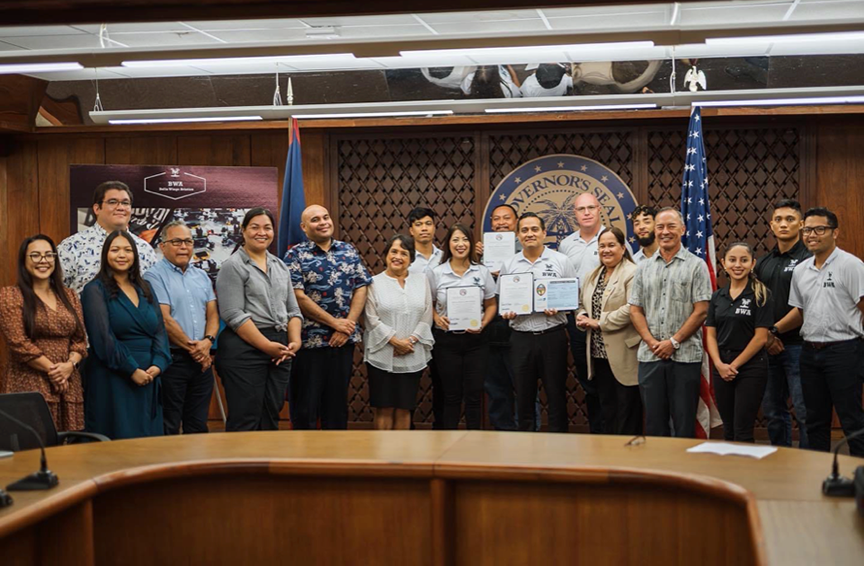 The Guam Product Seal was administered through the Guam Economic Development Authority.

The 36th Guam Legislature also presented Bella Wings with a Legislative Certificate for its accomplishments. 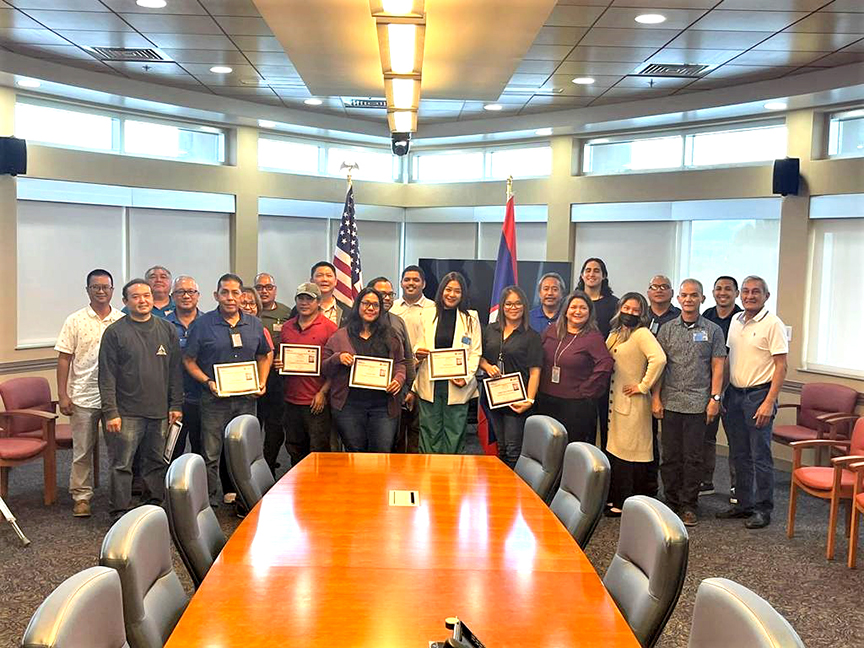 Guam Power Authority employees joined by colleagues from other Government of Guam agencies completed the five-day Electricity-Information Sharing and Analysis Center’s Vulnerability of Integrated Security Analysis Workshop. The VISA is a cost-effective methodology that relies on Subject Matter Expertise input to help determine overall Physical Protection System effectiveness. The aim is to recognize security threats and develop the skills needed to combat such threats to aid overall security.

The Na’huyong CHamoru Anthology Project in collaboration with the University of Guam Press is seeking creative writing by CHamoru authors from Guam, the Northern Mariana Islands, and across the [CHamoru] diaspora to be included in this first anthology of its kind.

The collection will feature work from throughout the spectrum of CHamoru literary production, including new writing.

Submission packets should include a cover page; three of the author’s best works; a brief author biography; and contact information that includes a mailing address, email address, and phone number. Writers may access the official Call for Submissions, required forms, and further information at www.uog.edu/uogpress/nahuyong-call-for-submissions.  Submissions must be sent to [email protected] by Dec. 31.

Guam Regional Medical City has been recognized by the American Heart Association and American Medical Association for its commitment to improving blood pressure control rates, earning Silver-level recognition as part of the Target: BP initiative.

The Silver award recognizes practices that have demonstrated a commitment to improving blood pressure control through measurement accuracy.

Contests for Christmas and children

Cash prizes await the winners of the Marianas Visitors Authority’s Mini Christmas Village contest, and registration is now being accepted. Cash prizes for winners of the Marianas Visitors Authority Mini Christmas Village of $2,000 for 1st place, $1,500 for 2nd place, and $1,000 for 3rd place will be awarded for the top entries of the contest, which will create a village scene at Garapan Fishing Base in Saipan as part of MVA’s annual Christmas in The Marianas celebration.

Participants will be provided a 4’x4’ wooden structure to decorate.

The Office of the Governor, the Guam Economic Development Authority and the Guam Department of Health and Social Services are holding the Guam Childcare Art Contest for Guam elementary and middle school students (including homeschool and charter school students). The contest is limited to one entry per student with elementary students eligible for both the coloring and art contest, while middle school students are encouraged to submit two-dimensional artwork including paintings, drawings, computer-generated artwork or photographs.

Submissions can include Kiko and his carabao family or other art relating to the theme of Guam childcare.

First and second place winners will be selected by contest judges in three categories, along with a people’s choice award selected via online voting on www.guamchildcare.com. Winners will receive a VIP package including a night stay at Pacific Islands Club – Guam, tickets to the Super American Circus, a two-hour art lesson at Art Beat Guam and opportunities to have their artwork featured online and on display at a local gallery.