on November 1, 2020 | Leave a comment
Departments In the Spotlight

CHamoru grammar book published
A CHamoru grammar book, Chamorro Grammar by Sandra Chung, was published on Aug. 14. Chung is a linguist from the University of California, Santa Cruz, and has studied the CHamoru language in the NMI and the U.S. mainland. The book was designed to be a resource for linguists, educators and community members, as well as facilitate cultural revitalization and renewal efforts. The book can be read online on eScholarship’s website. 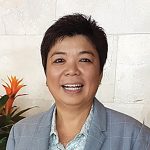 Matson exec featured in magazine
Bernadette N. Valencia, vice president and general manager for Guam and Micronesia for Matson Navigation Co. Inc. and a recipient of Guam Business Magazine’s 2018 Executive of the Year award, was featured in Supply & Demand Chain Executive Magazine’s Sept. 23 issue as a recipient of its Women in Supply Chain Award. The first annual Women in Supply Chain Award recognized female supply chain leaders and executives whose “accomplishments, mentorship and examples set a foundation for women in all levels of a company’s supply chain network.”

The feature was titled, “Sugar, Spice and Everything Nice – Women in Supply Chain Show the Industry What They Are Made Of.”

Guam employers recognized for excellence
The Employer Support of the Guard and Reserve Guam-NMI Committee recognized its “most supportive employers,” which were nominated by their employees who serve in the National Guard or Reserves.

Inarajan Middle School; the Guam Fire Department; and the U.S. Attorney’s Office for the Districts of Guam and the Northern Mariana Islands

For others interested in owning a Pacific island, Taveuni Island Resort and Spa, located on Taveuni Island in Fiji, is also for sale by the company. That resort is 8.1 acres in area.

Netflix features Guam in new movie
Netflix, a streaming service platform, featured Guam in its Nov. 5 move release of Operation Christmas Drop, a romantic comedy film exclusive to the platform. The film centers on a political aide who falls in love with a U.S. Air Force pilot involved in the annual Christmas supply drop. The movie stars actors Kat Graham and Alexander Ludwig.

UOG was also ranked 42nd among the top public institutions in the west and 84th among all western regional universities. 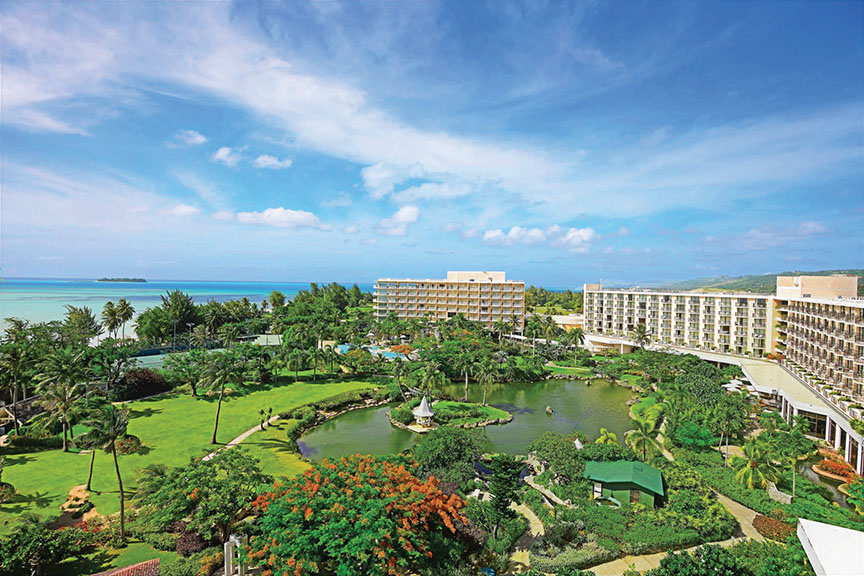 Hyatt receives accreditation for cleanliness
Hyatt Regency Saipan received an accreditation in August from the Global Biorisk Advisory Council, which is known as the gold standard for prepared facilities. The GBAC STAR designation, as a division of ISSA, is a leading trade association for cleaning worldwide. It serves as the cleaning industry’s sole outbreak prevention, response and recovery accreditation.