on January 18, 2022 | Leave a comment
Departments In the Spotlight 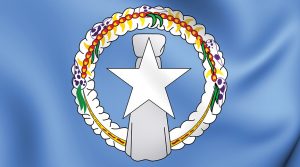 Museum to add islands flags to display
The flags of the Northern Mariana Islands, Guam, American Samoa and the U.S. Virgin Islands will be added to the display of flags at the American History Museum, following a request by Gregorio Camacho “Kilili” Sablan, the NMI delegate to Congress.

The American History Museum is part of the Smithsonian Institute in Washington, D.C. 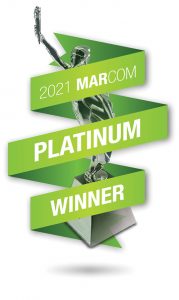 The bank earned MarCom awards for the 4th consecutive year, from among 6,000 entries from 41 countries for the 2021 MarCom International Awards Competition. The Association of Marketing and Communication Professionals sponsors the awards.

Black Construction’s First Place Overall Project Award will be submitted to compete nationally at the Associated Builders and Contractors Excellence in Construction Awards in San Antonio, Texas.  Black Construction has won the Eagle Award five times in the last seven years at the national competition.

Core Tech International won the “2021 GCA Contractor of the Year” award for “the company’s overall prominence in the construction industry on Guam and its achievement in safety and health and wellness programs; environmental responsibility and sustainability; quality of work-life, including professional development of its workforce through training and promotion opportunities; and social responsibility and service to the community of Guam.”

Core Tech also won the top safety award, given to the company with the highest score of all entries in the safety category, for its Solar Renewable Energy PV Systems Installations Project.

A record number of 19 GCA members – with 10 of those achieving the highest award of Diamond – measured their safety processes and policies on 25 key components through a detailed questionnaire with the goal of implementing or enhancing safety programs that reduce job site incidents. The “Safety Training Evaluation Process” or STEP is a national safety benchmarking and improvement tool.  STEP has evolved into a world-class safety management system that dramatically improves safety performance among participants regardless of company size or type of work.

Through a widget on www.takecareasia.com, TakeCare’s members are now able to access a comprehensive menu of accessibility tools which are compliant with the Americans with Disability Act, Section 508 of the Rehabilitation Act, and current Web Content Accessibility Guidelines.

The tools provide accommodations for blindness and low vision, deafness and hearing loss, limited movement, speech disabilities, photosensitivity, and combinations of these, and some accommodation for learning disabilities and cognitive limitations. The tools also improve accessibility of the web site’s content on desktops, laptops, tablets, and mobile devices. 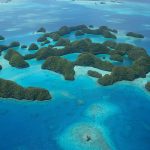 Palau makes list of 2022 destinations
Palau has been listed by CNN among its list for 2022 of the Best Destinations to visit.

The country is praised for its “travel bubble” with Taiwan, its commitment aPledge, Jellyfish Lake and the Rock Islands,.

“The commitment to preserving the environment makes sense when you see how much breathtaking, diverse landscape Palau has to offer,” the entry says. 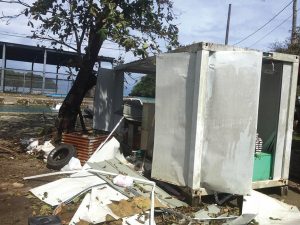 President Surangel S. Whipps is featured in a Time magazine series “on concrete goals the world should aim for in 2022 in order to put us on track to avert climate change-related disaster,” published on Jan. 6, under the title, “Imagine if the rich countries that caused climate change actually took responsibility.”

After describing Palau’s damage through climate change, Whipps wrote, “… Palau has joined the Commission of Small Island States (COSIS) on Climate Change and International Law to seek justice that advances the basic principle that the polluter must pay. COSIS aims to be the first to bring a case of this kind to the U.N. International Tribunal for the Law of the Sea. We hope that our case will help determine the obligations of countries under international law and hold polluters accountable.

“Palau was the first member of COSIS from the Alliance of Small Island States. Following our work at the U.N. General Assembly and COP26, in 2022 we hope to bring in all small-island countries in pursuing judicial action through international courts. This will be a priority at the Our Ocean Conference, which Palau will host in April.”

ESGR presentations include a variety of awards 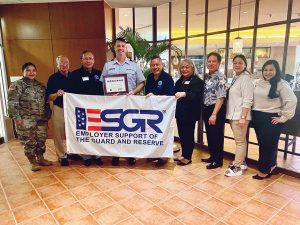 Capt. Christopher M. Chase, former commanding officer of U.S. Coast Guard Sector Guam (now U.S. Coast Guard Forces Micronesia/Sector Guam), was recognized in the third week of November with the Employer Support of the Guard and Reserve Seven Seals Award by the Guam-CNMI ESGR “in recognition of his meritorious leadership and initiative in support of the men and women who serve in the National Guard and Reserve, and for his outstanding support to the Guam-CNMI committee.” Chase is pending departure from Guam to his appointment as attaché to the U.S. Embassy in Beijing.

The Seven Seals Award is presented “in recognition of a significant individual or organizational achievement and initiative that promotes and supports the men and women who serve in the National Guard and Reserve and supports the ESGR mission.”

The Guam-CNMI ESGR also presented in November awards in Guam to executives at Cars Plus, Ernst & Young LLP and GTA.

Some 38 companies and organizations were recognized by ESGR Guam-CNMI in August during National Employer Support of The Guard and Reserve Week. 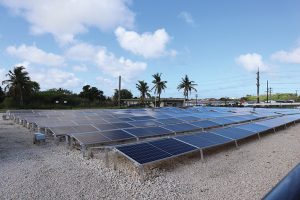 IP&E, which does business as Shell gas stations in Guam, the Northern Mariana Islands and Palau, completed what it calls a “microgrid” at its Upper Tumon Shell Station on Marine Corps Drive. This. The grid is powered by 480 solar panels and a 588kwh energy storage system. It produces 199.2kW of energy to power the entire Shell station complex, which is across from John F. Kennedy High School. This is Guam’s first commercial site operating entirely from such a grid, according to IP&E.

Additions are planned in the chain, IP&E says. 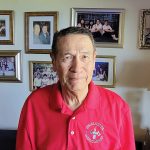 The Japan Consulate General in Hagatna announced the conferral of the 2021 Autumn Decoration of Japan on Foreign Nationals to Frank S.N. Shimizu, president and CEO of Ambros Inc. He is the chairman of the Guam Nikkei Association.

Shimizu is the second CHamoru to receive the Decoration of Japan on Foreign Nationals — after Msgr. Oscar L. Calvo, who received the decoration 35 years ago.

The Imperial decorations are awarded to individuals of merit in recognition of their services in various areas such as politics and diplomacy, industry and economy, academics, and culture, as well as national interest and the public welfare of Japan, the Consulate General said.

The awardees have also been accepted as members of the Real Estate Buyer’s Agent Council. REBAC members are informed of management and marketing trends in the real estate industry and current and legislative issues that could affect clients.

Today’s Realty team members are also members of the Guam Association of Realtors and the Guam Multiple Listing Service.

The RENE certification is a multiple-day course designed to educate agents and associate-brokers on their negotiations in real estate transactions.