on January 4, 2021 | Leave a comment
Departments Features In the Spotlight 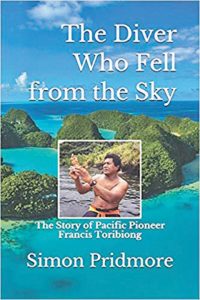 The book tells of Francis Toribiong’s life journey to become a member of the International Scuba Diving hall of Fame.

The book was written by fellow diver and prolific author Simon Pridmore, who writes about scuba diving and travel.

President Tommy E. Remengesau Jr., who was present at the book signing, said Toribiong is a role model in the country, having been a trailblazer in discovering dive sites in Palau, which have been frequented by many international divers.

Remenegsau also praised Toribiong for “conquering his fear of the unknown, “Whether it’s jumping out of the sky, or diving in the deepest part of the ocean of Palau . . . Francis always has the sense of exploring . . . of going where no man has gone before,” Remengesau said. “But behind the daring escapades and pioneering efforts . . . lies his appreciation of our environment.”

An earlier press statement launching the book described the biography as a scuba diving history, and Palau’s story with images of Toribiong’s life — as well as the beauty of his homeland, above and below the water. The

The aerial and underwater shots were taken by photographer and author Tim Rock.

Toribiong was also Palau’s first ever parachutist and known by people throughout the islands as “the Palauan who fell from the sky,” Pridmore said.

“They were speaking both literally and figuratively. He was so completely different from all of his contemporaries in terms of his demeanor, his ambitions and his vision, that it was as if he came from outer space. Palau had never seen anybody quite like him and there was no historical precedent for what Francis Toribiong did. He had no operations manual to consult and no examples to follow.”

Aside from the Belau National Museum, the book is available on Amazon for $38.50 in color and $24.95 in black-and white at www.amazon.com/Diver-Who-Fell-Sky-Toribiong/dp/B08BVWT9XZ. 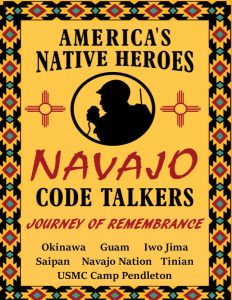 Navajo heroes filmed in Guam and Pacific
Guam was also featured in “Navajo Code Talkers,” subtitled “Journey of Remembrance. The story of six Navajo Marines of “the 420 young Navajo Marines who used their language to create a code that was never broken by the Japanese military and how their exploits on the battlefields affected their lives long thereafter. George Colburn of Starbright Media wrote and produced the documentary, with Carlos S. Barretto and Shooting Star Production the local producer and coordinating company for the Guam segment.

The feature was shown for free on Veteran’s Day and also as part of the Pacific Parks Festival from Dec. 4 to Dec. 6. 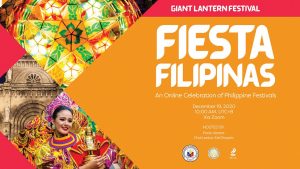 Virtual fiesta series promotes Philippines
The Philippines government launched “Fiesta Filipinas: An online celebration of Philippine Festivals — a six-part multi-format online event series. Announcements will be made prior to every virtual festival of where and how to watch.

The Philippines government will distribute from embassies and consulates complimentary Fiesta Filipinas boxes for those outside to country to get a sense of each event. Boxes contain souvenirs, crafts and gifts. 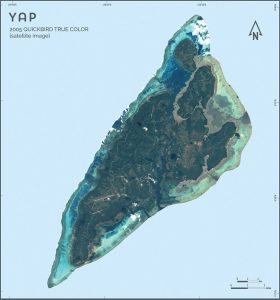 Image courtesy of the Digital Atlas of Micronesia

Free digital FSM atlas launches
A digital interactive atlas of the four main islands of the Federated States of Micronesia is available at islandatlas.org. It currently covers Yap, Chuuk Lagoon, Pohnpei and Kosrae.

The atlas is a collaborative project among Island Research & Education Initiative, or iREi, a nonprofit organization located in Pohnpei; the FSM Department of Environment, Climate Change, and Emergency Management; and the Water and Environmental Research Institute at the University of Guam and was funded by the U.S. Geological Survey and the FSM National Government.

It contains information on marine preserve boundaries, historical and cultural sites, utility lines, demographics and shipwreck sites among its information. Users can customize a map for their purposes and then export or print it.

NMI photo grabs attention in Korea
MBC Newsdesk, a Korean news service, broadcast on Dec. 7 a story about Koreans in the Northern Mariana Islands cleaning underwater memorials. The news story was shared with 3.3 million viewers, generating about $93,000 in advertising value, according to the Marianas Visitors Authority.

The story generated 13 media articles across Korea in two days.The news was also shared on Facebook, Instagram, Naver, YouTube, and other channels prompting many positive comments.

In other MVA news, the Saipan Katori Shrine Revival 35th Anniversary was held on Nov. 7 at Sugar King Park. The ceremony was organized by the Japanese Society of the Northern Mariana Islands. The Marianas Visitors Authority provided tents, chairs, and drinks in support of the annual event.

Bank of Guam celebrates 2020
Bank of Guam’s 2020 Calendar “Finding Your Purpose” was recognized with a Platinum Award. Marcom Awards honors excellence in marketing and communication while recognizing the creativity and work and generosity of industry professionals. Established in 2004, Marcom is administered by the Association of Marketing and Communication Professionals.

NMI Crime Stoppers adds to award collection
The Northern Mariana Islands Crime Stoppers has won both a national and International award for crime prevention efforts in the NMI for 2019. 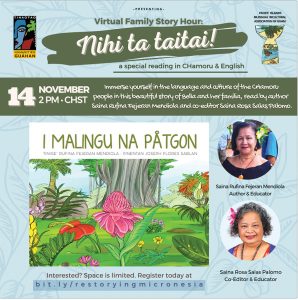 Humanities Guahan hosted a series of three virtual story hours in November. The agency had suspended in-person services due to the pandemic.

The videos were created by Ricky Sanchez, videographer and longtime NMI Board member, with the information provided by the NMI Department of Public Safety’s Criminal Investigation Bureau.

They were narrated by NMI CS Coordinator and DPS officer, Fred Sato. 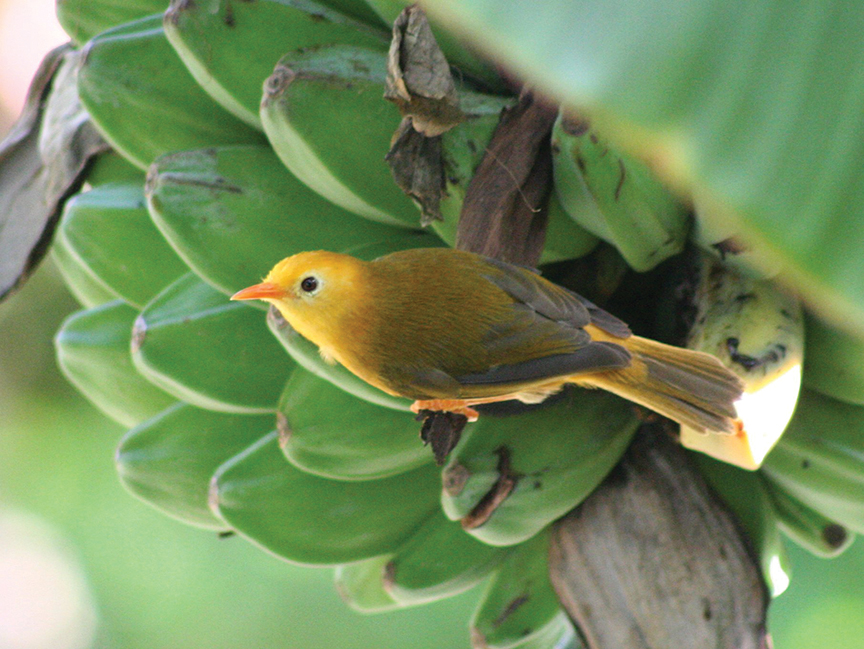 The Golden White-eye safe in the Northern Marianas
Birdlife International — a conservation organization — reported in December that the charmingly and aptly named Golden White-eye, which is also known as Cleptornis marchei had not fallen prey to snakes of neighboring islands. The endangered species can be found in Saipan and the Northern islands of Aguijan and Sarigan, as well as on according to Birdlife International, but no brown tree snakes have been seen in the NMI for 20 years, the organization reports.

The bird feeds on insects, fruit and nectar and pollinates island plants. 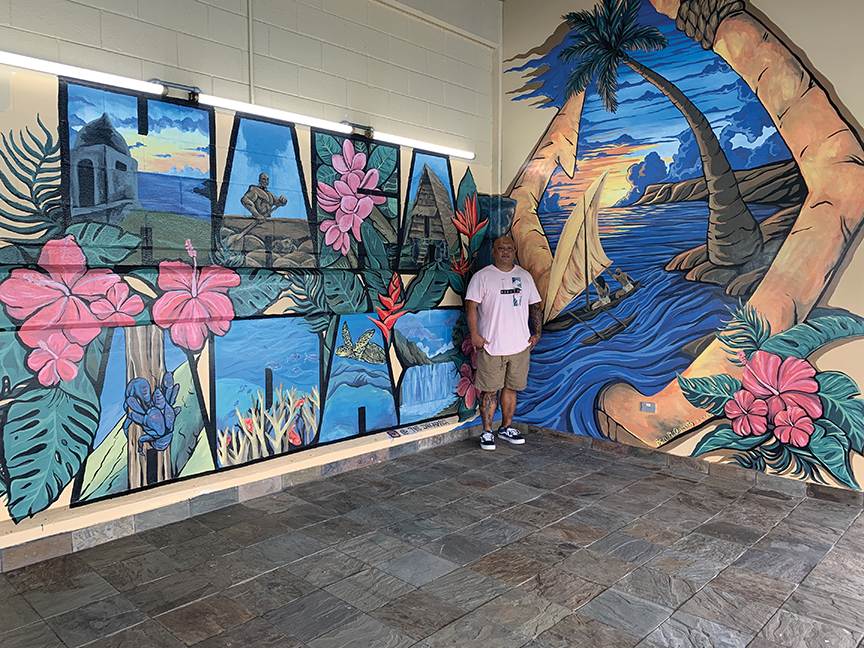 Restaurant walls on Navy base now feature local mural
The walls of the Clipper Landing restaurant overlooking Sumay Bay on Naval Base Guam are now decorated with a mural by artist and John F. Kennedy High School teacher Ben Quinata.

A portion of the mural is a 26-by-9 foot large fishing hook seal, resembling the Guam seal, but including two men sailing in the painted proa and the hook seal flanked by red hibiscus flowers.

Another portion of the wall is a 7-by-16 foot mural of the words “Hafa Adai”with each letter from the words representing a different depiction of the island, including images of Chief Gadao of Inarajan, the view of Fort Soledad overlooking Umatac Bay, an ancient CHamoru hut, and pink plumeria blossoms. 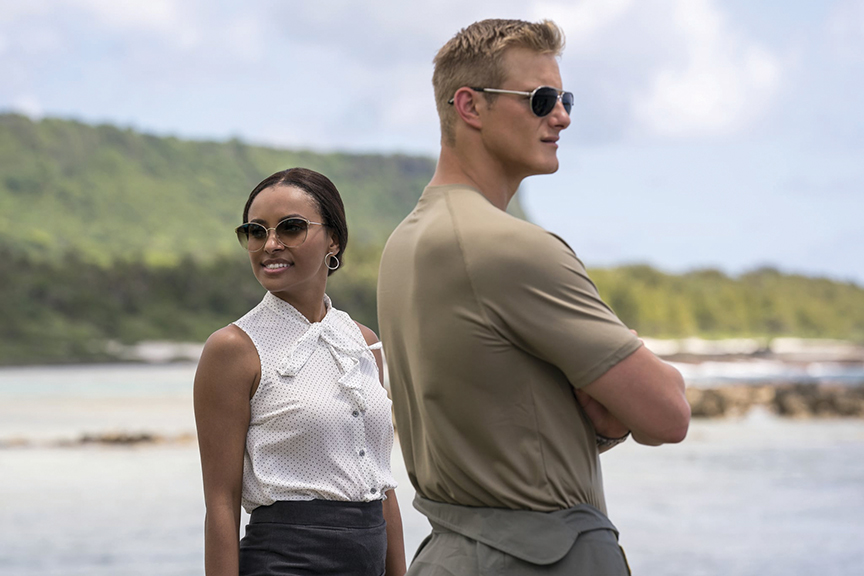 Grass skirts in Guam
The Netflix movie may challenge the saying that “there’s no such thing as bad publicity.”

While a whole bunch of people have now heard of “Operation Christmas Drop” and the island of Guam, a lot of them are likely to take away the impression that grass skirts are still worn on the island — wiping away years of marketing and publicity.