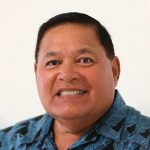 There is no doubt that professional sports are big business and many recognized professional players in the world can make 1,000 times more dollars per hour than the minimum wage.

If Cristiano Ronaldo makes more than $37 million a year, he’ll make close to $18,000 an hour based on an average 40-hour workweek.

Very few players will pass such a threshold of success and the amount of work — even before dreaming about becoming a professional athlete as a young child — is tremendous. There is, however, no reason why a young footballer from Guam can’t achieve professional-level success if he or she continues to passionately put in the effort required and seizes all opportunities available to play the sport he or she loves.

Within the past 10 years, the Guam Football Association Technical Department has been assisting many talented young players rise through Guam’s Elite Player Pathway, which begins at the grassroots level. At the Grassroots Level, GFA works closely its GFA member clubs to develop a sustainable club structure by meeting club licensing guidelines, while also helping clubs to develop their coaches by offering consistent coach education courses and workshops. These GFA courses and workshops currently are free-of-charge for participants and success at this level can open doors for higher international certifications. Coaches will directly benefit from this support, and with better coaches, clubs will produce better players.

With good coaches, young players — starting as early as four or five years old — begin to develop a love for the sport. In GFA’s Long Term Player Development Model, football is fun for the island’s youngest athletes during this phase and later, these players develop a passion to learn new football skills and to become better players. Once past the Skill Acquisition phase, players entering their teen years soon appreciate the game and winning tactics and work toward developing a better understanding of the team effort in matches.

After this Game Training Phase, the top, most passionate players move into the Learning to Win phase. Elite youth players start with Elite Selection Teams at the U13 and U14 level and later matriculate into U17 and U20 Guam National Teams.

Players then enter the Performance Phase, which is based on the Elite Player Pathway, may be playing in intercollegiate leagues or in professional leagues. At the top of the Elite Player Pathway is a call-up to represent Guam at the senior national level — earning a spot on the Matao, Guam National Team, men and the Masakåda, Guam Women’s National Team, women, while also consistently playing in leagues. Some notable past and present professional players who have played for Guam in international competition — A.J. DeLaGarza, Ryan Guy, and Jason Cunliffe — followed a pathway that included NCAA Div. I men’s soccer to professional leagues, and of course, call-ups to the Matao. 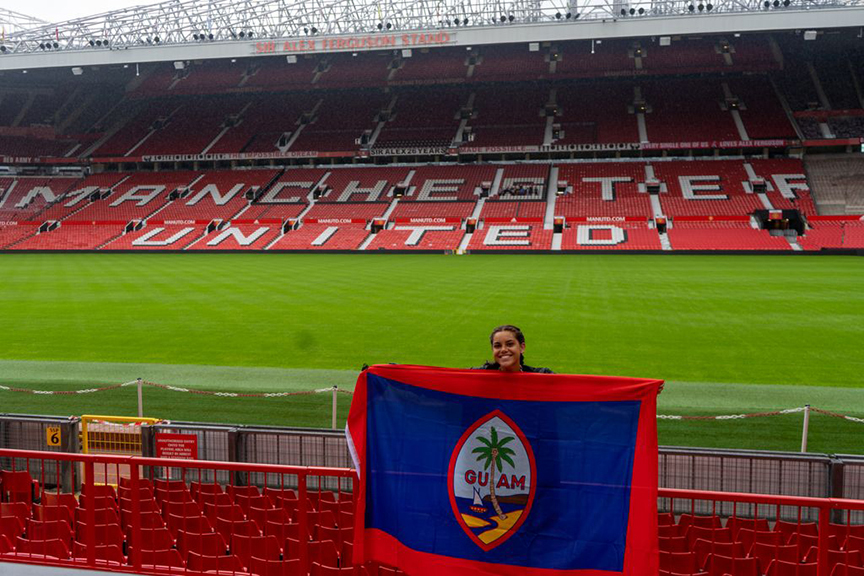 More players from Guam are now following this pathway. From the Class of 2020, despite the year the COVID19 pandemic immensely affected schools and shut down in-school learning for the latter part of the school year, five Guam national program athletes moved to the U.S. to play for colleges in various NAIA and NCAA divisions. Kyle Halehale plays NCAA Div. I men’s soccer for Central Connecticut State University and Shyann Roberto plays for NCAA Div. II women’s soccer for Saint Martin’s University in Washington. Morgan McKenna and Michael Castaneda are both on the Muskingum University men’s soccer team that play in the NCAA Div. III. Micah Hennegan plays for Bob Jones University, which is a provisional member of NCAA Div. III and a member of NCCAA.

A handful of athletes from the Class of 2021 are also on the intercollegiate track. Rylee Guzman signed a letter of intent to play for William Penn University and later, U20 Women’s National Team teammate Jinae Teria signed to play for the U.S. Merchant Marine Academy in its inaugural team set to play in NCAA Div. III competition in 2022. Ian Becker signed a letter of intent to play for Carroll College, and soon, Christian Kido will move on to join McKenna and Castaneda at Muskingum University.

More young players are taking advantage of opportunities during high school to better prepare themselves for the next level. A shining example is Harvest Christian Academy’s Samantha Kenney, who flew to Manchester in England for the Macclesfield FC International Academy six-week residency program.

Through the program, Kenney is experiencing a professional training environment first-hand. One of Kenney’s objectives is to perform well enough to be selected for its full-time International Residency Program and women’s team, she said before departing Guam in late June for the summer program.

After completing her time in the summer program, she will travel to San Diego, Calif., to meet her U20 Women’s National Team teammates in a training camp at the Chula Vista Elite Athlete Training Center, a U.S. Olympic and Paralympic Training Site.

A U17 Select Women’s team from Guam trained at the same facility the first week of July and played in the 15th Copa del Mar Sharks Invitational Tournament, a Nike Premier event. Many players on the U17 squad expressed their desire for more training camps and opportunities to be spotted by U.S. college recruiters, while also researching potential schools for their next step up the Guam Elite Player Pathway.

For many, football is a vehicle toward success in life. Guam Football Association is equipped now more than ever to help athletes achieve their goals and dreams in the sport. The Guam National Program and competing in international competition at an early age has helped many of our young athletes stand out among their peers, particularly in the college recruitment process and other endeavors they choose.

Who knows? The next big name in international football may be among the athletes currently working his or her way up Guam’s Elite Player Pathway. GFA endlessly appreciates all investments made by local business sponsors to help dreams come true for young athletes. – Marvin “Ike” Iseke is the general secretary of Guam Football Association. He can be reached at [email protected]

Guam Business Magazine is a media partner of GFA.