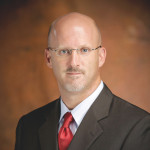 $500 million in retirement assets in the region.

He is answering questions related to the introduction by Vice Speaker Benjamin J. Cruz of Bill 2-33 in the 33rd Guam Legislature, also referred to as the hybrid retirement bill. The bill was unanimously approved by the legislature in May. Additional legislation contributed to some of the changes. Vetoed by the governor, the bill is presently awaiting a vote by the legislature on whether to override the veto. Meanwhile, the Department of Administration is negotiating with an off-island company to get an actuary to study the impact of increasing the unfunded liability to the Government of Guam Retirement Fund by October. The agency was expecting to have a contract by late June or early July.

The government of Guam has three retirement plans: A Defined Benefit Plan, which closed to additional members in September 1995; a Defined Contribution Plan, with some 8,000 employees who determine the amount of their contributions; and a Deferred Compensation Plan. Any employee may contribute to the Deferred Compensation Plan, which has been compared to a 401(k). It is generally accepted that member contributions to the Defined Contribution Plan and the Deferred Compensation Plan will not sustain individuals in retirement, hence the introduction of Bill 2-33, which aims to help about 2,500 government of Guam employees who are within a few years of retirement. But the level of assistance to these employees, as well as the full impact to taxpayers and other GovGuam employees, is not certain.

The government of Guam and its employees do not contribute to Social Security.

Q: When the Defined Contribution Plan was introduced, a number of government of Guam employees transferred out of the Defined Benefit Plan. Weren’t they given financial counseling as to the wisdom of that move?

A: There were a series of workshops conducted for employees at the time of conversion, but obviously, looking back, there were some shortcomings in the process. However, the real problem had to do with plan design.

Since employees of GovGuam were not covered by Social Security, the Government of Guam Retirement Fund was tasked with developing both types of plans. A 401(a) mandatory base plan was developed to provide a safety net, while a separate 457 Plan was offered as a savings and investment plan. Unfortunately, both plans were run like savings and investment plans — allowing lump sum distributions from the 401(a) plan — while not providing enough overall funding.

Q: So why don’t the government of Guam and its employees contribute to Social Security?

A: The quick answer: the government of Guam opted not to enroll its employees when it became available to them.

Looking back with the $1.5 billion liability attached to the community through the DB Plan, one would say that not enrolling the GovGuam employees into Social Security was a bad decision. However, the government of Guam was not alone in opting not to go into Social Security for their workers, and it looked like the correct decision early on.

While it was the government of Guam that decided not to enroll its employees in Social Security, for one reason or another there has been a misconception in the community that the federal government excluded Guam. I had come to believe this until Congressman [Gregorio C. “Kilili”] Sablan from the NMI explained that it was untrue and the Social Security Administration would welcome discussions with the government of Guam.

If GovGuam wanted coverage for their entire workforce, they could enter into an agreement directly with Social Security and have coverage in a short period of time. The problem is they would have to enter all employees of GovGuam, even those who would never participate.

With an active DB Plan in place, covering all employees does not make sense. What GovGuam needs is coverage for those employees not covered by the DB Plan. This option is possible; however, it will require GovGuam to first get Congressional approval. The good news is that Social Security endorses the concept and has offered to help in the drafting of legislation.

However, before the congresswoman’s office should be asked to push for this arrangement, they should receive assurances from GovGuam that this is what they want. The good news is, I met with [Madeleine Z. Bordallo, Guam’s delegate to Congress], and her chief of staff, Matt Hermann, on a recent trip to D.C., and they are convinced that if the legislation is introduced that it would pass, allowing GovGuam to move forward.

In my opinion, if the recent legislation is going to end up a long-term success for the territory, it is imperative that the government get Social Security for its workforce going forward.

Q: Wouldn’t it be a good idea if they did contribute to Social Security?

A: Yes, without a doubt. It is my position that Social Security should be the focus of the government’s long-term solution for two reasons. First, it moves the long-term retirement liability to the federal government. Second, it creates a singular workforce within the community that will allow individuals to move to and from the private and public sectors without concern of lost benefits. With an island economy, with limited human capital, this second point could be extremely beneficial for the economy and could be the tipping point in an effort to privatize some of the government’s functions.

Q: Defined Contribution employees presently contribute 5%, matched by the government. If the new bill goes into effect on Jan. 1, 2018, the rate for both would increase to 6.2%, and upon retirement the fund would provide the employee annual payments equal to 1.75% of the employee’s salary for each year of service, as well as survivor benefits to family members — called the Defined Benefit 1.7 Plan. Employees can also choose the Guam Retirement Security Plan, where whatever they contribute is guaranteed a rate of return of 4%. This is supposed to equal a Social Security program.

Depending on date of hire, employees will have the option of either the Security Plan or the new Defined Contribution Plan, or both of those and the DB 1.7 plan. Does this system provide an adequate safety net?

Q: How will the present legislation affect the unfunded liability of the retirement fund, presently about $1.5 billion?

A: There was an actuarial report conducted by Rich Wright of Milliman on the initial plan designed by GGRF. The report stated that if all the eligible employees transferred to the proposed DB Plan — at the time it was called the “Hybrid Plan” — the Unfunded Actuarial Accrued Liability would be approximately $140 million.

However, while there were some projections done on certain provisions, it is my understanding that there was not a formal actuarial report completed for the final bill. One of the changes, lowering the retirement age from 65 to 62, will increase the UAAL to $173 million if all eligible employees transferred.

I define this risk as political risk. GGRF did not ask to reduce the retirement age from 65 to 62. In fact they understand that responsible funds are moving the other direction and increasing the retirement age to 67. However, with a simple change of one number — 65 to 62 — in a piece of legislation, the government is looking at another $33 million in liability. Think of the opportunity costs of $33 million — a lower school, renovations to the hospital or improved village roads.

In my talks with the governor, he has made it clear that he understands the moral imperative to do something to help those hurt by the underfunded DC system. However, he also understands that whatever solution is selected, it is not a one-time appropriation and that it will affect the government’s finances for decades to come.

While GGRF and its actuary focused on benefits for its members, which is what they are responsible for, the executive and legislative branches need to weigh benefits with the bigger picture of tax revenues and governmental services. With this, each branch should have conducted its own financial analysis. This is what the governor asked for as part of his veto message.

Q: What would be the best solution for government of Guam employees? What safeguards would you suggest to protect them from themselves, i.e. withdrawing money from their accounts?

A: I think there are three answers to this question, broken up by demographics. New hires and those recently hired by GovGuam should consider Social Security and a 457 DC Plan if GovGuam agrees to match. This plan structure would allow them to move back and forth between the private sector and GovGuam without the threat of a reduction of benefits.

For those that will not benefit from Social Security but would like more flexibility, the cash balance solution or the enhanced DC Plan along with a 457 DC Plan — as long as GovGuam agrees to match — would be a solution worth considering.

Lastly, for those that were truly hurt by the DC system, they should move to the new DB Plan. When I say those truly hurt, I am referring to those that would fall short in retirement even if they joined the cash balance system or enhanced DC with proper funding.

Q: The Northern Mariana Islands Retirement Fund is also not in good shape. It is also moving to the introduction of federal Social Security. Shouldn’t we congratulate the legislature or any government or fund in the region that is trying to improve bad situations at government retirement funds?

A: Absolutely. While I was critical of GGRF’s initial bill and have continued to voice my concerns of the proposed alternatives, the Government of Guam Retirement Fund, the legislature (specifically Vice Speaker Cruz and Sen. [Michael] San Nicolas, who spearheaded the legislative process), the governor and members of his team to include former Sen. [Christopher] Duenas, Bernie Artero and Christine Baleto should be complimented for their efforts, and it should be stressed that there are a lot of positives to this legislation.

Employers have a moral obligation to make sure their workforce has a safety net. The private sector has Social Security and the workers of the government of Guam should expect nothing less. The plan, as it stands, will allow many government of Guam workers to finally retire, and this is a very good thing.

However, the issue is not whether the government needed to create a safety net for those truly hurt. I think most in the community would agree to help this group out. The issue we all should have is: At what cost and what is the definition of truly hurt? These are the questions the governor wants answered before he signs off on a plan, and I believe this is something we should all urge the legislature to reconsider before it is too late.