Going with the flow

What a difference a year makes.

In 2019, while the industry remained flat for the second year in a row, shippers were anticipating a busy year in their industry, and awaiting a spike from military activity. 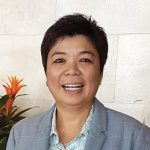 This year, against the background of COVID-19, shipping volume dropped dramatically (See Chart in the main story). Shippers have been as preoccupied with their essential role in assisting the community as much as anything else.

“In Guam, the company’s container volume in the second quarter 2020 was 12.5% lower due to lower demand for retail-related goods as COVID-19 mitigation measures remain in effect,” Matson’s Chairman and CEO, Matthew Cox, said in an Aug. 5 release. “In the near term, we expect the retail environment to modestly improve with businesses reopening, but the loss of tourism is expected to have a negative impact on the Guam economy,” he said.

Nevertheless, Matson performed well due to some opening of economies, according to its release, and has a positive outlook, also due to various financial and operating measures such as “allowable borrowings.”  In China, its container volume was higher.

“It’s important for us that the port is successful, as they’re the main entry point for all the goods coming into Guam,” Valencia says, also emphasizing that all cargo in Micronesia transits through the island.

“And since Matson is committed to the Guam hub, we work closely with the port team to support their development efforts.” Matson’s role in that development can be seen in the main story.

As to COVID-19, Valencia says, “This pandemic showed an even greater need for basic support.”

That support took various forms in the region, she says. “Matson refocused its community support to provide more than $500,000 in cash and in-kind shipping services to support the food bank networks in the communities they serve.”

In addition, she said, Matson partnered with Pacific Unlimited Inc. in Guam “to become the official refrigeration sponsor of the Farmers to Families program by providing reefers (refrigeration containers) that would expand their capacity to distribute the food boxes and get them out faster to the community.”

Matson has also supplied PPE’s and hand sanitizing supplies to the port and other Government of Guam and community front-line workers.

In 2019, optimism was high at American President Lines Ltd, or APL, with tourism numbers high in the region generally and in Guam in particular. The island was expecting 1.6 million in visitors for the year. 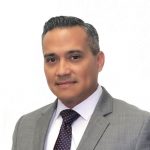 Charlie Hermosa, general manager for Guam and Micronesia said in July 2019, “We are seeing tourism is picking up and hotels are at max capacity, so all of that will probably translate into higher volumes as we head into the summer and the end of the year.”

Now, in the face of the COVID-19 pandemic, Hermosa says that aside from its community support, the shipper has adapted for the greater good. “We were able to flesh out all our processes, making sure that all the documents are still going out, our ships are still coming in and all the cargo was still getting delivered. In that sense, I think we were very successful in working through the process.”

Hermosa said APL Guam shut down offices in March and employees had to work remotely. “That was a big learning lesson for us, but we proved obviously that we could work from remote areas.”

He noted the retail industry had the biggest downturn.

Hermosa anticipates shippers and customers will turn further to technology due to COVID.

“In the next couple of months …, I would say that the community and the industry will see initiatives rolling out from APL from a technology standpoint — as far as booking online and capabilities that we’re going to roll out to our customers so that they can have everything at their fingertips and don’t have to come in to do paper work.”

Freight forwarders were equally optimistic in 2019.

“We do see some new business in the food sector with a new [Pay-Less] supermarket going up in Maite, a new Japanese supermarket chain breaking ground and the expansion of another grocery store at a second location in Barrigada [American Grocery],” she said. “Everything is tied to our economic growth as an island. I wish there were other industries that we could expand upon, but they’re few and far between.”

That slowdown in economic growth is reflected in freight-forwarding volume also in 2020.

Yvonne Speight, Guam vice president of Triple B Forwarders Inc., says, “We’re still feeling the shock of COVID. Of course, most businesses have felt the impact. Business is slowly picking up, and we’re hoping we can recover in 2020 and get back to where we were before the whole COVID era.”

Paje Butler, general manager in Guam of Dependable Hawaiian Express or DHX, says Guam is seeing a boost due to federal aid disbursement. “With stimulus and unemployment checks coming out, retail sales will be boosted for a short period of time, in which retailers will be replenishing inventory sales. Food distributors will be seeing a slight increase in volume with restaurants opening for dine-in as well as some hotels opening.

How long that boost will remain is in doubt, he says.

“Both of these will provide an uptick in freight volume, but there is no certainty as to how much additional volume this may produce or for how long. My opinion is it will be for only a short period of time.” – Maureen N. Maratita contributed to this story.