Four common responses to constructive criticism and how to respond 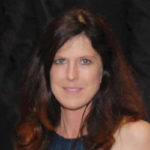 It’s critical to address employees whose performance is not meeting the standards of the organization. This should be done immediately by the supervisor when the lack of performance is first noticed. However, when the issue is addressed, don’t expect all employees to gratefully acknowledge that they need to improve, as most people fall into four categories when faced with criticism, no matter how constructive that criticism is.

This individual is going to tug at your heartstrings with stories of how nothing in their life is going right and how their spirit has been crushed by the information that they need performance improvement. Many times they may be confused in believing that the organization did not hire them; they adopted them.

This individual feels that the lack of performance is not their fault. They have lots of excuses for why they cannot perform and none of them includes anything within their control. They feel they are being blamed for their lack of performance, when really the organization or other employees caused their performance issues.

This individual docilely agrees that they need improvement, but does not appear to really endorse the concept that they will have to make improvements to be able to meet the standard. This is a mediocre attempt at agreeing with the supervisor, but the lack of enthusiastic support makes it hard to believe they will put any effort into making the changes requested to improve the performance.

This person not only decides that the assessment of performance is not accurate, but also becomes defiant and increases the behaviors that have been deemed not up to par. Now they are going to deliberately cause even more problems in the workplace. Sometimes they are overt by brazenly continuing the unacceptable behavior, but other times they covertly continue and may deliberately harm the organization.

In dealing with each type of individual, the supervisor needs to determine what type of strategy will be effective. Using the same tactics and approaches with each will not work. Supervisors need to be prepared in advance by trying to determine which response to expect from the individual. Some employees combine the types during the discussion, so be prepared to switch approach gears in mid-stream.

Generally a soft and concerned approach works best in this situation. However, employees need to realize that for an organization to be successful, everyone has to do his fair share and live up to the expectations for deliverables. Remaining professional and first discussing how performance management is aimed at performance, not the person is important. Supervisors cannot ignore performance improvement discussions because they are afraid the employee will cry.

Supervisors need to have lots of documentation for The Denier. This employee will want to see the issues in writing or will say the supervisor has no evidence. For example, when addressing bad attitude, there needs to be documentation as to behaviors that demonstrate a bad attitude — for example, being rude to customers.

The discussion with The Complier needs to include detailed areas that are deficient and what is expected to be done to correct them with a schedule for completion. If not, the individual will simply revert back to the same unacceptable work performance.