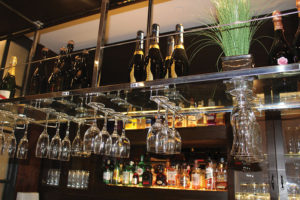 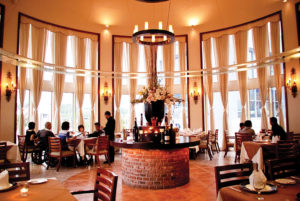 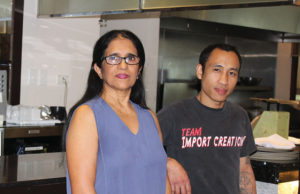 In the heart of Tumon Bay, tucked away on the mezzanine level of the Outrigger Guam Beach Resort overlooking the hustle and bustle of San Vitores Road, sits Avenue Steak & Lobster. The upscale American cuisine restaurant, which opened in 2011, welcomes both tourists and locals for lunch and dinner, with its classic yet relaxed take on fine dining.

The person leading the establishment is Owner and Manager Magi Kallingal, who bought the restaurant in 2013 along with her husband and fellow restaurateur, Thomas Kallingal. Originally from India, the two are no strangers to the business, having owned and managed several restaurants on Guam for more than 30 years.

The couple opened their first restaurant, Eatery, a fast food place in Agana Shopping Center, in the mid-1980’s, which led to owning and running a steak house in Tumon and then Tamuning, as well as a contract with government of Guam to feed senior citizens for more than 15 years. Next, they ran Seafood Chef in Tamuning from 2005 until 2010, when they sold it and took a break. But that didn’t last long. A few years later, Kallingal decidewd she wanted back in after getting restless at home, so they bought Avenue.

“People say, ‘You are still working? Don’t you want to retire?,’” Kallingal says. “No, I love what I am doing, so why stop? To me, it’s not work. I enjoy being here with the employees and the customers.”

Today, Thomas runs Mariana Grill down in Agat, which they took over in 2016, while Magi heads up Avenue in Tumon.

Avenue’s chef, Allan De Venencia, has been with the restaurant since its inception (the restaurant La France occupied the space for the 10 years prior). “He’s that natural talent,” Kallingal says. “In my experience, I’ve seen two or three very excellent cooks; they have that inborn talent, no matter what they make. He’s one of them. I’m fortunate to have him here.”

The lunch menu includes everything from sandwiches to the heartier beef and pasta dishes, including a few Chamorro plates. For dinner, patrons can start with ultra-fresh lobster sashimi (a live lobster tank is one of the first things to see upon arrival) or a local salad. Salmon, New York steak and lobster tail, among other dishes, make up the entrée list. Cocktails and beer come from the bar, while a floor-to-ceiling, glass-enclosed wine cellar is just across the way for the vino drinkers. 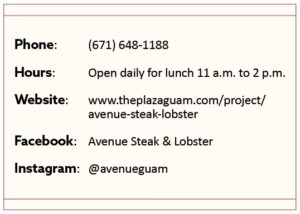 You’ve had a long career on Guam. Did you always want to get into the restaurant business?

Yes. My husband, when he was going to school [at the University of Guam], used to work at the Hilton [Guam Resort] in the 1970’s. At that time, Guam only had two hotels here — the Hilton and the Continental Hotel, which is the PIC [Pacific Islands Club Guam] now.

He was in the hotel industry and also has his master’s in travel industry management.

We always wanted to open a restaurant. That was our dream. So, then we opened the first one in 1985.

My husband and I have been in the restaurant business on Guam ever since.

How would you describe Avenue to someone who has never been?

We have fresh seafood, and our beef is certified angus beef. That’s the only kind of beef we use.

It’s fine dining, but at the same time, it’s a family-friendly atmosphere. Most of our servers have lots of experience in the restaurant industry and they do get into relationships with the customers.

We get some customers, like the Japanese, who come here every year. Customers, when they stay at the Outrigger for three or four nights, they come to the restaurants three nights, four nights. They walk in and our servers will be going crazy.

We always pay attention to the comments that customers make, too, and I hear from them that we get the temperature exactly the way they want it.

What is Avenue’s customer base?

[We see] a lot of special occasions, dates, anniversaries and business meetings.

It’s always up and down; it’s the tourism industry. A typhoon comes and after that, it drops. And then problems in Japan happen and it drops. Then 9/11 happened, and it dropped.

But everything was going really good until that North Korea incident hit us. We had a record number of tourists coming into Guam, especially from Korea. Japanese have dropped. But we still had a lot of tourists up until October of last year.

It has come back up, but not up to where it was back in September of last year.

What are some of the bigger challenges of running a restaurant on Guam?

One of the problems is getting experienced cooks. We have only a very small pool on Guam.

Also, getting some food items … they didn’t think it would be busy for the Christmas time, so some of the items, no one on Guam has it. I’ve had to wait to get some things, like oysters … and racks of lamb. It [can take] about a month.

Any words of wisdom for someone interested in getting into this business?

And also, location. The location of [Avenue] is perfect. 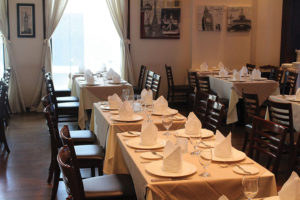