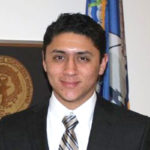 The following is an excerpt of a presentation by Matthew Deleon Guerrero, president and chief economist at Hive Analytics, to attendees of the Bank of Guam CNMI Small Business Forum on May 17 at the Fiesta Resort & Spa, Saipan. Hive Analytics is an economic research and advising firm looking to create a more comprehensive understanding of the Northern Mariana Islands economy so that the islands can make data-driven decisions. According to Deleon Guerrero, there are five main indicators that help build an understanding of the context, or economy, in which businesses are making decisions.

Gross domestic product is the value of the NMI’s output as an economy. In 2016, the most recent figure available, economic worth as measured by GDP was $1.2 billion dollars. This figure was a startling increase of 28.6% over the previous year.

This was the largest rate of growth in the nation for this year. It is a promising figure for businesses in the islands as it signals an increase in overall value of the items and services produced.

There is a corresponding trend between new business license applications and the resurgence of economic growth over the past five years (see Chart I) as new investments and financial capital entered into the economy, more new businesses opened on a consistent basis.

But 28.6% is a large figure and may not be sustainable in the subsequent years for two primary reasons — as the U.S. Bureau of Economic Analysis indicated, exports of services were a large contributor to economic growth in 2016, due to increased visitor arrival and spending and the institution of casino gambling on Saipan.

This should be celebrated, but one has to temper expectations of growth rates continuing at the levels seen in 2016, because the total base size of the economy in previous years was low and far beneath previous levels. This size causes increases and potential normalization of the economy’s size to have a more pronounced impact to percentage of growth.

Secondly, the other factors that stimulated economic activity in the NMI were a large increase in investments, primarily driven by construction activity and large-scale business development in the tourism sector. Investment expenditures, while having continual impact to the economy as operations commence and the spill-over benefits spread to the auxiliary businesses in the economy, should not be considered consistent measurements year on year. Especially as construction costs related to labor and equipment rise and the construction difficulties experienced by the casino development affected development progress in 2017.

It should also be noted that while the NMI is experiencing an economic resurgence, it is still below previous levels of economic activity and have yet to surpass pre-depression era values of GDP.

The second indicator to look at is the consumer price index.

In recent years, the NMI is seeing a stabilization of prices in the NMI, with a slight inflationary period. What it is seeing now is known as demand-pull inflation, which is the increasing of prices to correspond with increased consumer demand and income.

For most consumers, price increases are not a good sign, but if, as one suspects, it is driven by increasing demand, that is a clear marker of greater economic prospects for consumers, increased expenditures in stores and retail outlets and more broadly strong economic conditions for growth. 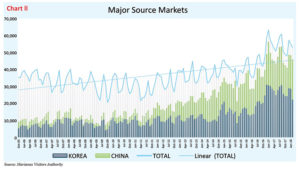 One of the largest indicators of economy is the NMI’s primary export sector, which is tourism.

There is a strong upward trend in the tourism industry since the lows of the depression, with arrivals climbing toward the historical peak arrivals of 700,000 in 2017 (see Chart II).

The main tourism market originates from South Korea with South Korean tourists making up 48% of the total market share in April of this year.

The Korean market has made large and consistent increases in recent years but has been a critical market throughout the last decade.

China represents the second largest market with stable increases since 2011. The growing consumer society in China, along with the unique visa-free access to the NMI has proven beneficial to attracting a larger number of Chinese tourists to the islands.

In total, there is seen a growing centralization of total tourist arrivals into these two markets, which poses a risk as with the decline in the domestic economy of one of these markets, or political interference in accessibility occurs, the NMI can experience a larger impact to overall economic growth.

An additional risk factor to the tourism sector is regional competition, especially with Guam (see Chart III). Cost appears to be a significant factor in their decisions to travel to the region. One can see both the linear trends of the Guam and NMI markets for Korean tourists and the effects of room costs on the competition between the two destinations. 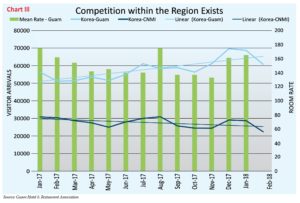 Expenditures support economic growth and employment throughout the different sectors — out of more than $16 million in expenditures from OIA, those dollars multiplied throughout the economy resulting in 812 jobs directly and indirectly supported and $15.3 million additional dollars added to GDP.

So embarking on a road development project not only improves the transportation networks, but also provides incomes and business opportunities to those outside of the public sector.

Government is the largest sole employer in the NMI and has a large factor in consumer demand as paychecks given to its employees provide capital to circulate throughout the private sector. It has been seen previously the effect of government austerity measures in the NMI and the reduction in wages and that effect on businesses throughout the island.

Increases of government resources and spending provide opportunities for businesses to increase demand for goods and services. 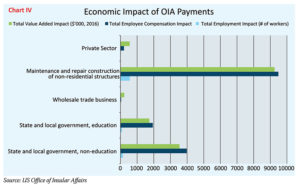 Labor, or the lack there of, is the most serious impediment to growth in the NMI and that cannot be stated enough.

Editor’s note: The U.S. House of Representatives on June 5 passed the Northern Mariana Islands U.S. Workforce Act. Congressman Gregorio Kilili Camacho Sablan and Natural Resources Committee Chairman Rob Bishop introduced the legislation, H.R. 5956, on May 24, and had been working together on its provisions since 2016.

The legislation winds down, over a ten-year period, the current foreign labor program and other policies that transitioned the Marianas into the U.S. immigration system, extending the transition period — originally proposed to be December 2019 — to 2029 and places new numerical limits per year (see Chart V) starting at 13,000 to eventually zero out by 2029.

It contains significant new protections for U.S. workers from unfair competition from foreign labor and incentivizes employers to hire U.S. workers. The legislation also takes aim at fraud and abuse of the system to protect the legitimate local businesses that still depend on foreign workers.

The passing of this act was significant for the NMI economy. As the U.S. Government Accountability Office stated in their 2017 report, the NMI does not have the domestic workforce available to meet the labor demands that exist.

More broadly, the GAO found that if the program had ended in 2019, the NMI’s GDP would potentially be reduced by 62% from 2015 levels. This reduction would have caused longstanding effects to business development, an estimated loss of 2,500 U.S. workers as businesses close and a severe reduction to government resources and services. 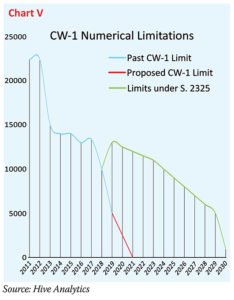 Regardless, it is a point of fact that even in the current environment of labor shortages, each individual worker in the economy is shouldering a greater share of the economy than ever before.

Overall, the NMI economy today has many opportunities for those poised to take them. It has increased financial inflows of capital, greater consumer and investor confidence and a larger market to sell to.

Demand will drive better investments in infrastructure and accommodations so long as it is sustained. In the end, success in enterprises offers benefits naturally, but in efforts to build something new and offer a service, businesses are diversifying the economy and building in greater resiliency for the entire community to withstand shocks to the system in the years ahead.