Challenges faced by the Compiler’s Office 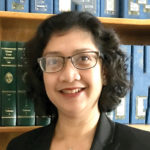 The laws of Guam touch the lives of all who live in and visit our beautiful island home. From establishing the legal age to smoke tobacco, to defining the acts that lead to criminal charges, to outlining the eligibility for a qualifying certificate, the laws apply equally to all.

As explained in the first article in this series, Guam’s laws include the statutory code, or Guam Code Annotated; judicial decisions of our local courts; and administrative rules and regulations of executive branch departments and agencies. They are used by judges and practicing lawyers, but indeed — they are important to government officials, businesspeople and students — the entire community of Guam.

The Office of the Compiler of Laws officially publishes Guam’s primary sources of law and has faced many challenges and changes since its inception in 1977. Administratively, it was first part of the legislative branch, then was moved to the Attorney General’s Office in 1983 and finally, became part of the Supreme Court of Guam in 2004.

In the last 40 years, the Compiler’s Office has evolved to respond to the needs of its users. The current information age means that access to knowledge is instantaneous, through the internet, wireless access and mobile devices. The Compiler’s Office meets the expectations of its users by electronically publishing Guam law on its website, guamcourts.org/CompilerofLaws/index.html. This online portal allows access to the GCA, rules and regulations, Supreme Court appellate opinions and now, Superior Court decisions published in 2018. Since publication of the first article in this series, the website has been upgraded to allow searches not only of the GCA, but appellate opinions and trial court decisions and orders as well. The Compiler’s Office is continually updating this search engine and is working to add even more content, starting with older decisions and orders of the Superior Court.

Review and analysis before publication

The Compiler’s website offers a useful public service, but not many may realize the level of scrutiny required to prepare the laws for publication. Each type of “law” involves a different type of review, so the three employees of the Compiler’s Office must know the legislative process, the judicial system and the responsibilities of executive branch departments and agencies. The painstaking review also requires a keen eye for detail; at the Compiler’s Office, there are intense debates about the use of commas or semicolons.

For legislation, the process is not as straightforward as simply adding new GCA sections or amending existing ones. Each public law is closely reviewed; for example, if newly enacted legislation inadvertently uses the same number as an existing provision, it must be renumbered to avoid confusion.

Legislation is also scrutinized for possible inclusion in the GCA, a practice introduced by the first Compiler of Laws Attorney Charles Troutman. For example, Public Law 19-038 created the Southern Development Master Plan in 1988 but did not expressly add it to the GCA. The Compiler relied on his authority and codified the master plan as Article 6 of Title 21, Chapter 68. There is no substantive difference between the efficacy of public laws from codified provisions. But it is certainly easier to find this master plan in the GCA, rather than going through each legislative session.

This is especially true in light of the sheer number of laws enacted each legislative term. In the last nine years, more than a thousand public laws have been enacted, with 285 new laws passed by the 31st Guam Legislature alone. Although not all laws are codified into the GCA, they are all closely examined by the Compiler’s Office as part of its review process.

Perhaps the most challenging mandate faced by the Compiler’s Office is publishing the Guam Administrative Rules and Regulations. Recent events reveal that Guam, like many jurisdictions throughout the United States, has struggled with adopting rules for the legalized use of cannabis. Promulgating rules in Guam that executive branch entities must comply with the process set forth in the Administrative Adjudication Act, found at Title 5 GCA, Chapter 9, Article 3. The proposed rules are then transmitted to the Guam Legislature, and if there is no legislative action, the rules automatically become effective after 90 days.