Auto market underwater and upside down

on November 1, 2018 | Leave a comment
From the Experts Opinion 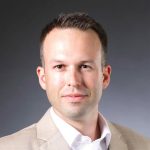 First, let me start off by saying that there is no industry that I can think of in Guam or the Northern Mariana Islands that is more cyclical or dependent on the business cycle than the auto industry. Over time there is clearly a secular trend as automotive manufacturers are making better cars that last much longer.

So, the question is, “What would cause such a significant recession in the auto markets?” Fuel prices, interest rates, tourism and the general feel of the economy seem stable in both markets.

Well, in 2016 both Guam and the NMI reached record levels of new vehicles sales, with more than 9,100 units in Guam and more than 2,200 units in the NMI. In Guam this was caused by multiple large rental car companies entering the market, new brands coming on island and the credit unions opening branches outside the military bases offering competitive financing terms.

In the NMI we saw a surge in investment interests in all sectors, with significant growth in private fixed investments around the casino and construction projects. These fixed investments caused a significant increase in the NMI’s gross domestic product, thus causing a ripple effect on the economy that flowed into the auto market.

This spike in 2016 has now filled the markets with a disproportionate amount of two- to three-year-old used car stock. When there is an abundance of used car stock, this inevitably drives down both new and used vehicle residual values. People are commonly finding themselves upside down financially come time to sell or trade their vehicles in. Unlike Hawaii, Guam and the NMI don’t have an automotive auction to set market values or dispose of vehicles; thus consumers are finding themselves either putting their negative equity into a new car loan or holding on to their vehicles longer. The competitive credit union financing rates and terms of 72 or 78 months have only compounded the issue, as lower income households now have shifted from cars to more expensive SUVs and pickup trucks. These longer loan durations on more expensive vehicles are also increasing the risk of defaults, and it could be argued that many consumers are spending more than they can afford.

The negative equity crisis hasn’t affected the luxury segments as much as the mass market, as the luxury demographic typically choose shorter financing terms with larger down payments to offset the immediate depreciation. We are now seeing luxury vehicles traded-in more frequently than mass market vehicles; thus the Guam and NMI markets are very income dependent.

As automotive manufacturers typically forecast production years in advance, dealers are finding themselves with heavy stock levels at the moment due to production commitments. There are only two ways that dealers can keep their heads above water: either cut production and recognize they’re producing more cars than there is demand for or introduce even deeper discount tactics to maintain their sales pace. These heavy discounts unfortunately hurt the consumers by dropping residual values and some Guam dealers that are buried in stock have no choice but to go this route. In the short-term, these strategies will keep the auto market stable at best next year. In the long-term, these tactics will definitely pose some major consequences on the industry and overall markets.