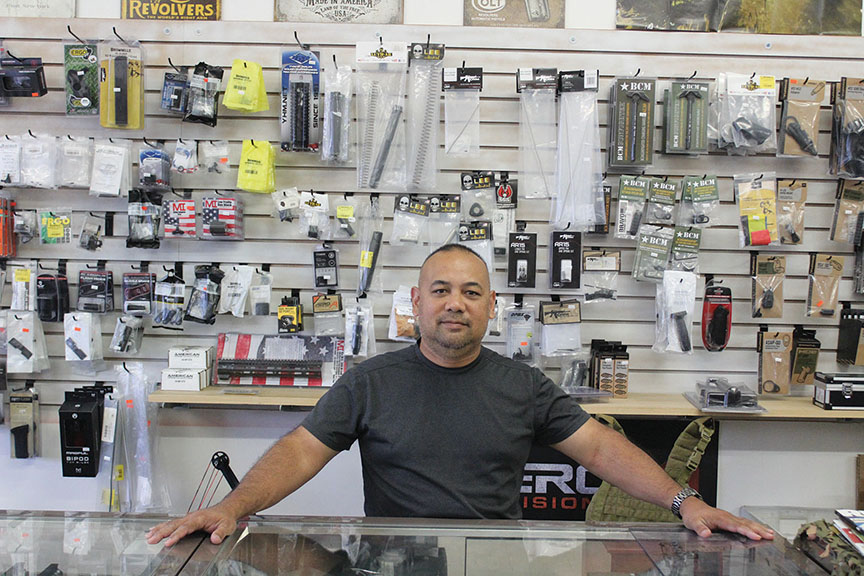 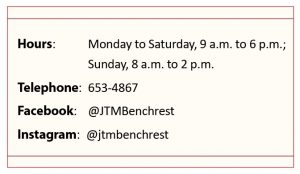 It’s not often that people turn a lifelong passion into a full-blown career. But that’s just what John Sablan did when he opened up JTM Benchrest — a gun retailer and repair shop in Yigo — more than 23 years ago.

“I’ve been doing gunsmithing and shooting ever since I was a kid,” says Sablan, who spent 12 years in the Air Force and also works as a firefighter today. “That’s how we were brought up, going to the ranch, hunting, shooting. My brothers and I and my dad are outdoorsmen … I’ve always wanted to get into something with guns.”

It was 1995 when he was flipping through a gun magazine and decided to go out and make it happen. He headed down to Tumon Bay to look for customers at the shooting galleries and came back with nearly 50 guns that needed to be serviced. “The rest is history,” he says. 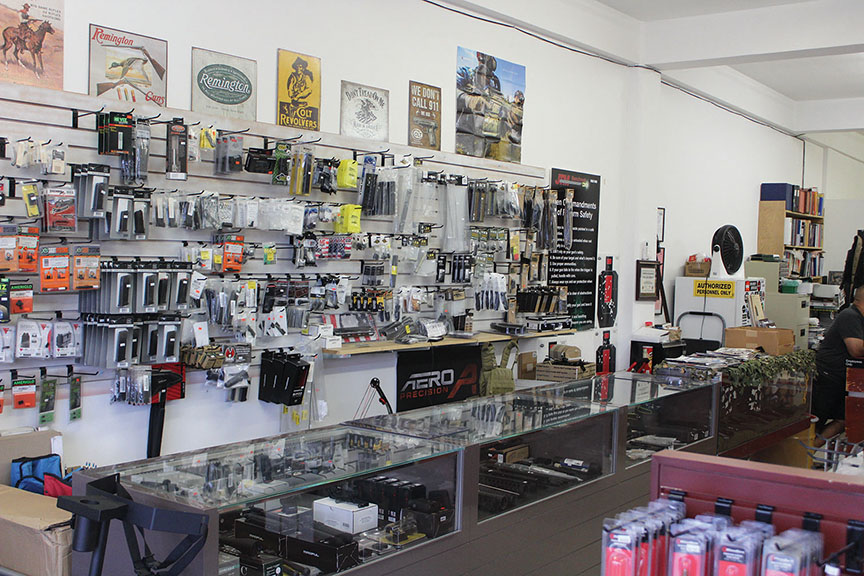 What does your store offer?
JTM Benchrest is a retail service shop dealing in firearms, ammunition and accessories. [I believe we are] the only service shop on the island. We do full gunsmithing and we are one of the island’s authorized Cerakote applicators — a firearm refinishing. Gunsmithing is repairing, customizing, building guns — that kind of stuff.

How has the business evolved over the years?
This particular storefront has been here since March 2014, but we’ve been in business since 1996. We actually started out at my house in a single room and then expanded to build a concrete shop in the back of my garage.

We were there for a while, but then in 2014 I decided [to open up the storefront]. Business was really getting fast and busy. Too much for my small home shop in Yigo.

I’m a full-time fireman and when I got off from work, there would be a whole line of cars waiting outside my house. The business outgrew the facilities, so we had to open up a separate, legitimate storefront. We’ve been here ever since and it’s been good. 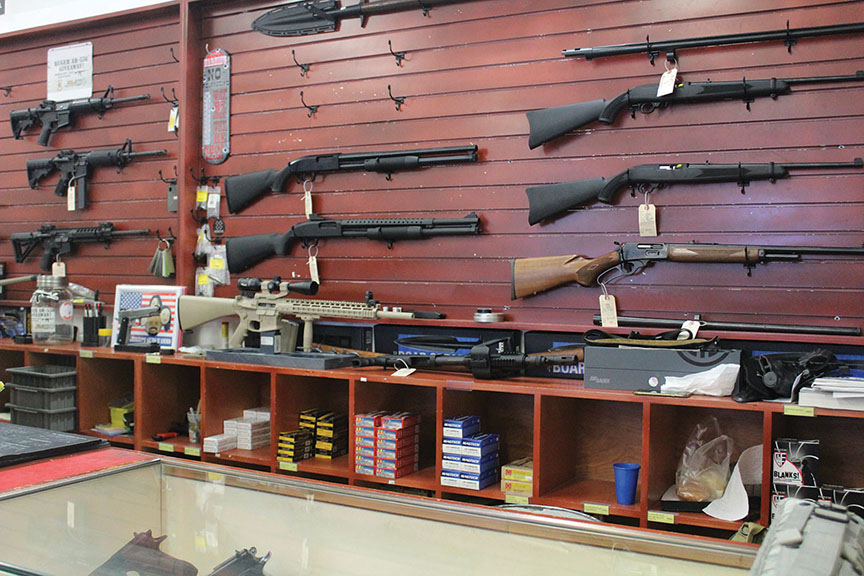 What’s your customer base?
I get a lot of locals, military. We do have some tourists that come in that want to buy bags, stuff like that they can [take off island].

Gun owners must abide by both federal and Guam gun laws. What laws apply to gun retailers?
First of all, a dealer has to have a firearms license issued by the federal government, the ATF [the Bureau of Alcohol, Tobacco, Firearms and Explosives]. And we’re a business, so we have to get a Guam business license. In order for someone to purchase a firearm they have to be at least 18 and you have to apply for a Guam firearms ID from the police department records and ID section.

Once you get approved — they do a background check first — they issue you a firearms ID.

[Next], we call the FBI operations [the National Instant Criminal Background Check System, or NICS] and provide all the information on the seller to the person on the other end of the line … it searches a couple of databases and if it comes back clean then we are okay to sell the gun. 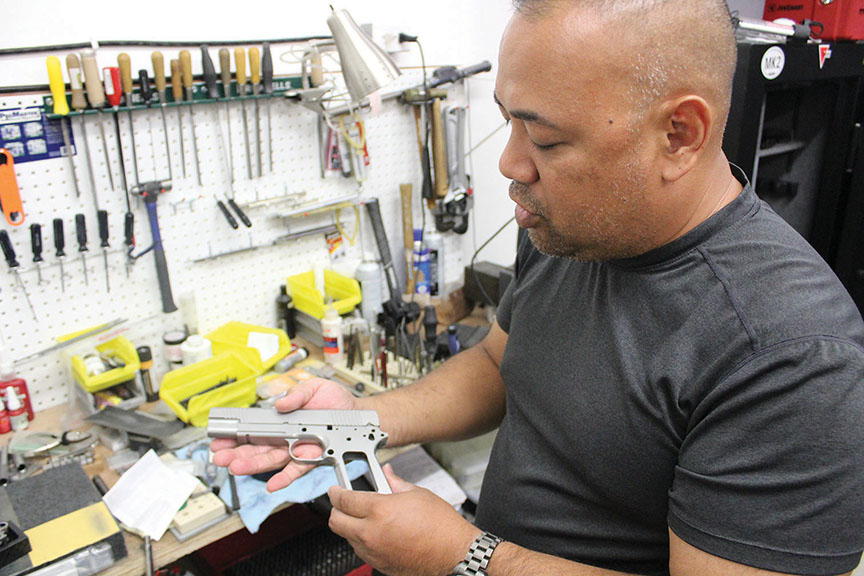 How many guns are you repairing on a weekly basis?
I can see a good 5 to 10 guns every week to repair. Some of them end up staying a little longer than I would like. We have an issue with parts because we are on Guam. So, the issue is if a gun needs parts. I have accumulated a large inventory of parts, but there are literally thousands of makes and models out there … so I use my resources in the United States to get what I need.

What’s the best part of your job?
Business is one thing but owning a business for something that you like to do is probably the best thing in the world that you can ask for. Some people just do a business because they want to make money, then they get the experts to run the business. That’s one way to do it. Me, I’m a hands-on kind of guy. I like to tinker with tools and solve problems with operating mechanisms.

And meeting a lot of people, good people. Everyone that comes in here, you can pretty much say they are law-abiding citizens. Otherwise, they won’t get that firearms ID.

What are some challenges you face?
For one, getting [supplies and inventory] takes a long time. And then competition, of course, and finding your niche in the market. There are several sectors in the firearm industry, [but on Guam] we have a limited customer base. I am sure I share a lot of customers with other businesses. Just like any customer, they shop around for the best price, best deal. So that’s pretty much one of the biggest, not challenges, but good, healthy competition. 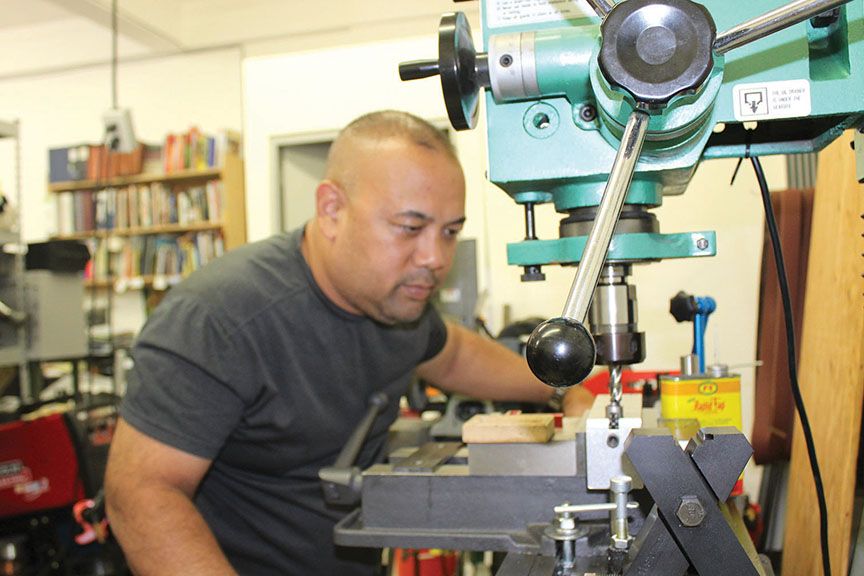 Do customers need a firearm license to shoot at the range?
A shooting range is the only place a person without a firearms ID can operate a firearm on Guam. So, if you don’t have a firearms ID and wanted to try out a firearm, you don’t need to go through that process to get an ID. You just come to my range, rent a gun and we will take you out to the back and have you shoot.