Brent Butler: A trusted track record in work and play

Brent Butler, 43, received the first taste of his adulthood career when he chose an accounting class to fill his schedule in high school. Born and raised in Guam, he relocated to Hayward, Calif., two years after he began attending Father Duenas Memorial School. He knew after taking accounting that it was his study of choice when he went to further his education at San Francisco State University.

“My first year of college was fairly easy because I had a head start in basic accounting,” Butler says.

After he graduated in 1999 with a bachelor’s in business administration with a concentration in accounting, he returned home to Guam and began to work as an auditor at Ernst & Young LLP, where he gained a wealth of experience for nine years and became a certified public accountant.

He joined Nanbo Insurance Underwriters in 2009 as the senior manager for finance and administration. His first task was to head the financing efforts to build the company a second location in Hagåtña. The new facility came to fruition by December 2012.

A year after earning his Chartered Property Casualty Underwriter designation in 2014, Butler was selected to become president of Guahan Insurance Services Inc., a subsidiary of Nanbo Insurance.

In May this year, Brent returned to Nanbo Insurance to assume the role of general manager. 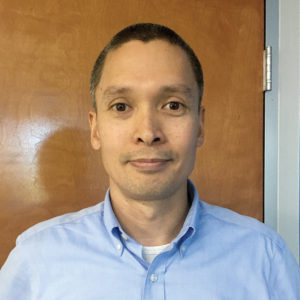 “I’m proud that I started as a finance manager but learned many other roles to make me more valuable to the company,” Butler says.

Some of his goals for the company of 22 employees are to improve the basic operations, including customer service and marketing. His proactive nature allows him to identify resources employees will benefit from. Since his return to Nanbo in May, he has already arranged for employees to take training courses in communication, customer service and QuickBooks. He also plans to accomplish the goals that Nanbo Insurance has set for the year, such as improving the company’s loss ratio.

Butler exhibits excellence not only in his career, but in his athletic pursuits, of which track takes the lead.

Not only did he win the Guam Marathon in 2004 and the first Guam Ko’ko’ Road Race in 2006, but he has also set five Guam national records — the 1,500-meter run, the 3,000-meter steeple chase, the 3,000-meter run, the 5,000-meter run and the 10,000-meter run — and still maintains the record for the first two. He has competed in the Micronesian Games, South Pacific Games, East Asian Games, Oceania Championships and the IAAF World Track & Field Championships in Greece. Additionally, he was the team manager for the track team that represented Guam in the London 2012 Summer Olympics.

Another hobby he has adopted in the last two years ago is biking. He finds it a nice alternative to running and is interested in getting more serious about cycling.

One of the quotes Butler lives by is, “A healthy mind cannot reside in an unhealthy body.” The motto, coined by his former colleague at Ernst & Young, Oscar Miyashita, has been a driving force in his athletic endeavors and also in his career, in which he remains equally active through various organizations.

Butler is a member of the Guam Society of Certified Public Accountants, the American Institute of Certified Public Accountants and the CPCU Society. He has served as secretary and treasurer of the Insurance Association of Guam since 2012. He also served as treasurer for the past eight years of the Guam Track & Field Association.

He says he also believes that healthy employees breed quality work and strives to create a positive workplace that will encourage employees to perform their best. He plans on doing so by involving his employees in community events that support fitness, such as community 5K events.

Butler and his wife, Zhen, have four children ranging from 2 to 8 years old. “My favorite activity is just staying home and spending time with them,” he says.