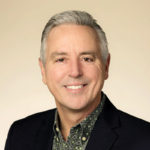 Matson Inc. President and CEO Matthew J. Cox will succeed Walter A. Dods as chairman of the board effective April 27. Dods retired from the board in compliance with the company’s corporate governance guidelines on age. As chairman, Cox will retain his duties as CEO of Matson Inc. 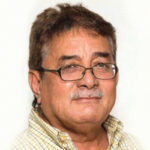 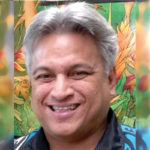 John D. Sohl retired from his position as president and CEO of FSM Telecommunications Corp. effective April 24, and Fredy S. Perman, formerly executive vice president and chief operations officer, was selected by the company’s board of directors to fill the position.

Perman has been with FSMTC for 17 years and was promoted to executive vice president and COO in April 2010. Perman holds a bachelor’s in economics and management from the University of the South Pacific and a graduate degree in economics from Monash University in Australia, as well as a graduate certificate in telecommunications and information resource management from the University of Hawaii, Manoa. Perman is an executive officer and vice president of the Pacific Islands Telecommunications Association.

Sohl, who joined FSMTC in July 1988 and became the president and CEO in April 2010, retired from the telecom sector but will continue serving as chairman of the FSM Development Bank and as a director on the board of the Bank of the Federated States of Micronesia. 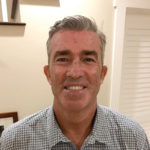 Ferguson holds bachelor’s degrees in international trade and in transportation from the University of Washington.

Walker joined Asia Pacific Airlines in March 1998 as general manager and is retiring after 49 years in the cargo industry. 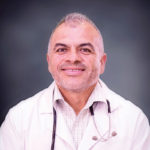 Hernandez is also a veteran of the U.S. Navy. He served in a Marine reconnaissance unit in support of Operation Desert Shield and Desert Storm before receiving an honorable discharge in 1992.

Hernandez has volunteered for medical missions in Ecuador, Mexico and Zambia and speaks Spanish fluently. 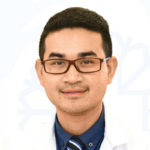 Dr. Chawat Tongma has joined Guam Regional Medical City as an internal medicine specialist and a hospitalist. He graduated from Mahidol University in Thailand and worked as a general practitioner at hospitals in Chiangrai and Bangkok. He completed his residency in internal medicine at the University of Hawaii in 2014 and the Infectious Disease Fellowship Program at Rush University Medical Center in Chicago in 2016.

Rachael J.M. Consoli, a U.S. board-certified obstetrician and gynecology surgeon, has joined the FHP Health Center. Consoli has practiced in Massachusetts, Wisconsin and North Dakota. Most recently she worked at North Shore Medical Center/Massachusetts General Hospital. She is a fellow of the American College of Obstetrics and Gynecology, a diplomate of the American Board of Obstetrics and Gynecology and a member of the Society for Laparoendoscopic Surgeons, the Academy for Health Services Research and Health Policy, the North American Primary Care Research Group, as well as a delegate of the Massachusetts Medical Association and the American Medical Association. Guam Supreme Court Justice Robert J. Torres was awarded the degree of Doctor of Laws, honoris causa, at the graduation ceremony of Centro Escolar University Makat on April 20 in Manila. Torres joins a select list of distinguished recipients of the honorary degree including former presidents of the Philippines Fidel V. Ramos and Benigno S. Aquino III; former chief justices of the Supreme Court of the Philippines Enrique M. Fernando, Claudio Teehankee and Marcelo B. Fernan; and the late former senator Mariam Defensor Santiago. Torres will be the first foreign-born recipient of the degree.

In addition to his juris doctorate from Harvard Law School, Torres was also awarded a Doctor of Laws, honoris causa, from the University of Cebu in 2011. 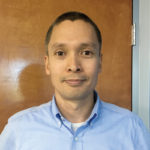 Butler has been with Nanbo since July 2009. He holds a bachelor’s in business administration with a concentration in accounting and is also a certified public accountant and chartered property and casualty underwriter. 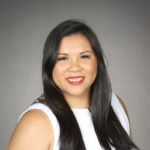 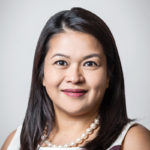 Triple J Enterprises Inc. announced Yolanda Muna Padrones as its new director of human resources for Guam operations. She joins Triple J from Bank of Guam, where she was employed for 25 years, most recently as vice president of human resources.

Padrones is a Society for Human Resource Management certified professional and holds a master’s in business administration from the University of Phoenix and a bachelor’s in business administration with concentration in human resources from the University of Guam. She is vice president of the board of membership of the SHRM Guam Chapter. She is also a member of Soroptimist International of the Marianas. 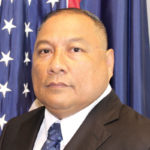 Chief Justice Katherine Maraman and the Judicial Council of Guam appointed John Q. Lizama as the administrator of the courts, effective May 22. Lizama has been the chief probation officer for the Judiciary of Guam since 2001. He is a retired lieutenant colonel in the U.S. Army Reserve, having served one active duty tour in support of Operation Iraqi Freedom in 2006.

The Judicial Council of Guam has appointed Shawn Gumataotao to serve as director of policy planning and community relations. Gumataotao served as deputy chief of staff and director of policy for former Gov. Felix P. Camacho from 2003–2010. He also had been managing partner of GET LLC, a Guam-based consulting and construction materials company. Gumataotao is also an adjunct instructor at the University of Guam in the College of Liberal Arts and Social Sciences-Division of Communications and Fine Arts. 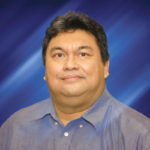 Beatrice Perez Limtiaco will serve as the new assistant general manager of administration at Guam Power Authority with oversight of the customer service, procurement, safety and human resources operations. Limtiaco most recently served as a special assistant to the governor. Limtiaco holds a bachelor’s from Boston University and a juris doctorate from the California Western School of Law in San Diego. She is also a member of the Guam Contractors Association, the Guam Chamber of Commerce and the Society of Human Resource Management national and Guam chapters.

Norma L. Cabana has been promoted to business analyst for Glimpses of Guam, Coca-Cola Beverage Co. (Guam) and Foremost Foods Inc. Cabana joined Glimpses after most recently being the assistant sales manager for Pepsi Guam Bottling Co. Cabana has more than 30 years of experience in various career fields and owned and operated Rainbow Tea for more than 10 years. Ken N. Duenas joined Glimpses Publications as general sales manager. Glimpses Publications include Guam Business Magazine, the Marianas Business Journal, R&R Pacific Magazine, MBJ Life and Beach Road Magazine. Duenas has more than 21 years of experience in the sales and finance industries. Prior to joining Glimpses, he was a sales executive for Guam Auto Spot and the sales and finance manager for Guam Harley-Davidson for 10 years. He graduated from the U.S. Air Force Security Forces apprentice course in criminal justice. 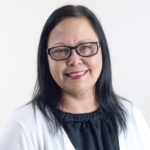 Roland Biscoe has rejoined Prestige Automobiles as director of sales. Biscoe recently returned to Guam and Prestige after working for several years in the U.S. mainland. He was Prestige’s director of new, used and military sales from 1998 to 2006. 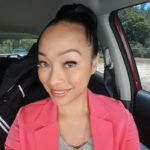 Kristine “Kai” Young joins the Baldyga Group as marketing and promotions manager. The Baldyga Group includes the Globe, the Beach Bar, Tao Tao Tasi, Big Sunset Tour, Ride the Ducks and the Sandcastle. Young comes to Baldyga from her role as content and station manager for Choice Broadcasting LLC, where she helped launch the STAR 101 radio station. Young has more than 14 years of experience in different career fields, including as an on-air radio host for several years. Young holds a bachelor’s in communications with a minor in English from the University of Guam. Vikki Fong has been promoted to Creative Department supervisor of Glimpses of Guam. Fong originally joined Glimpses of Guam in 2008 as a production assistant. From there she was promoted to senior designer in 2013 before accepting her current position. Fong studied mass media communications at the University of Guam and Cal State – East Bay. The Society for Human Resource Management Guam Chapter announced the following individuals as SHRM certified professionals. In order to gain the SHRM-CP title, the members must meet a professional experience requirement in addition to passing the SHRM certification exam that assesses their knowledge, understanding of human resources factual information and scenario-based situations, judgment, application and decision-making skills.

Anthony Victor Borja Reyes was named the Most Distinguished Graduate for 2017 at the May 12 commencement of Guam Community College. Reyes was awarded dual associate degrees in civil engineering technology and pre-architectural drafting, earning a 4.0 grade point average in each major. Robin Daniel B. Alex was named the Distinguished Graduate for Guam Community College’s 2017 graduating class. He earned an associate degree in computer networking.

The Breast MRI Facility at Guam Radiology Consultants was granted a three-year term of accreditation in breast magnetic resonance imaging, following an intensive review by the American College of Radiology. In addition, Guam Radiology Consultants was awarded the Gold Seal of Accreditation in Breast MRI on April 28. The ACR Gold Seal of Accreditation represents the world’s highest level of image quality and patient safety in breast MRI. It is only awarded to facilities meeting stringent ACR practice parameters and technical standards after a peer-review evaluation by board-certified physicians and medical physicists. Image quality, personnel qualifications, adequacy of facility equipment, quality control procedures and quality assurance programs are assessed.

The University of Guam Army Reserve Officers’ Training Corps program was awarded the MacArthur Award, recognizing it as one of the best such training programs in the country.

Presented by the U.S. Army Cadet Command and the General Douglas MacArthur Foundation, the award recognizes the values of “duty, honor and country” as advocated by MacArthur. Of the 275 Army ROTC units nationwide, eight programs are selected as recipients of the award. The U.S. Army Cadet Command selects those programs based on the academic abilities military prowess, leadership capabilities and physical fitness of its students. It also takes into consideration a university’s commissioning mission. Each year, UOG Army ROTC is required to commission 12 lieutenants. Last year, the program commissioned 20 lieutenants, one of the largest classes in its history.

According to NAVFAC Pacific, the team challenged existing processes and leveraged innovative planning to address the major challenges and significant financial impacts associated with the implementation of the Munitions and Explosives of Concern program on Guam and in the Northern Mariana Islands. The team achieved the Chief of Naval Operations Explosive Safety Exemption, which is anticipated to reduce the munitions response impact with a cost avoidance of $1.7 billion over the course of the next 10 fiscal years, which equates to a 16% reduction of total construction schedule.

The Guam Contractors Association installed its 2017–2018 board of directors at its general membership meeting on May 17 at The Westin Resort Guam.