Matthew Bailey has been promoted to president and CEO of Aqua Hospitality LLC and president of Aston Hotels & Resorts, the former of which owns and operates Aqua Suites Guam. His promotion follows the resignation of Benjamin Rafter, who held the position since 2008. Bailey was previously the chief operating officer for the companies, a position he held since last December. He has more than three decades of experience in the hospitality industry and holds a bachelor’s in hotel administration from the University of Nevada. Clynton E. Ridgell was appointed assistant news director for Pacific News Center. Prior to working at PNC, Ridgell was a television reporter for KUAM. He holds a bachelor’s in communications from the University of Guam and has been in the journalism profession for 10 years. James Hollyer has been appointed associate director for the University of Guam’s College of Natural and Applied Sciences. Hollyer has more than 30 years of experience in Pacific islands agriculture, aquaculture, program and people leadership and website development. He holds a bachelor’s in ichthyology from Western Michigan University and a master’s in agricultural and resource economics from the University of Hawaii at Manoa. Sean W. Enas was appointed event consultant for Agana Shopping Center. He was formerly with Micronesian Brokers Inc. as marketing manager and has more than 20 years of experience in the industry. Enas studied physics at the University of London and graduated in 1989. The board announced on Dec. 10 its elected officers for the 2015 administrative year. Jeffrey B. Jones, president and CEO or Triple J Enterprises Inc., was unanimously elected chairman of the board; Laura-LynnV. Dacanay, senior vice president/region manager for First Hawaiian Bank, was elected vice chair; and Ronald E. Cannoles, executive vice president of the Pacific Islands Division for Bank of Hawaii, was re-elected as secretary-treasurer.

The Guam Hotel & Restaurant Association announced on Dec. 12 the results of its 2015 board of directors’ election and selection of officers.

•Board chairman: Bartley A. Jackson, president of Hotel Santa Fe Palau President Thomas E. Remengesau Jr. accepted the Champions of the Earth award, the highest environmental accolade given by the United Nations, on Nov. 20 in Washington, D.C.

The award was in recognition “for his visionary leadership in spearheading major conservation initiatives and building his country’s economic resilience through green economy policies.” 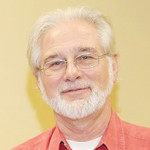 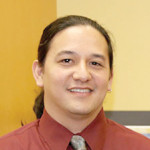 Two faculty members from the University of Guam School of Business and Public Administration were honored at the Center for Scholastic Inquiry’s International Academic Research Conference in Minnesota for their collaborative research on teaching methods for adult learners. Richard S. Colfax, professor of human resource management, and John J. Rivera, assistant professor in the School of Business and Public Administration, received the “Best Paper” award for their work “The Need for Andragogy of Workplace Relevance in the College Classroom.” The paper focuses on understanding college students as adult learners and examines the connections between the classroom and real-life scenarios or a potential workplace.

Kentos at the Hyatt Regency Guam hosted the 2nd Annual Bacardi Legacy Cocktail Competition on Nov. 5. Junjie Piolo, head bartender at Drop, took home the Overall Local Championship and a cash prize of $1,000. Piolo distinguished himself in a field of 11 candidates from other local bars and restaurants, which had each held in-house competitions to send its best competitor. The Micronesian Chefs Association held its Salon Culinaire 2014 competition Nov. 21 at Guam Community College. In each of three competition categories, participants had to create an entrée from a box of mystery ingredients in a set timeframe.

Team Guam from the Guam Visitors Bureau received the “Best Booth Performance” award at the Taipei International Travel Fair. More than 300,000 people attended the four-day event with more than 60 countries represented and more than 1,450 booths set up inside the Taipei World Trade Center.

The Northern Mariana Islands Crime Stoppers Program was recognized for its continued efforts in the fight against crime at a Crime Stoppers International Conference held in Cape Town South Africa, where it competed with similar programs around the world. For having a population of 300,000 or fewer, NMI Crime Stoppers won two media awards: “Best Website” and “Best Crime of the Week.”

A third award, the “President’s Global Award,” was awarded to the late Christina C. Smith, the former Crime Stoppers chairperson for the NMI who was a driving force for the local program. The award was in recognition of her spirit and accomplishments. n

Do you have a new hire, promotion or company award you would like to announce? Please send the details to managingeditor@glimpsesofguam.com for inclusion in the next issue.