The first three quarters of this year’s real estate sales activity reflect a stabilized situation compared to previous years, with hints of positive years to come. The hints include the return of off-island buyers — this time from Taiwan. (Guam had a resurgence of Japanese buyers in late 1980s/early 1990s and new investors from Korea and Hawaii during the hype of military buildup in mid-2000s.)

The annualized first three quarters sales volume reflects $259.7 million, down 2% from 2013 at $264.4 million. This level of annual sales volume has been pretty much flat since 2010 except for 2012 when several major properties changed hands.

There has been an 8% increase in the number of sales: 1,019 in 2013 to 1,099 in 2014. The increase in the number of sales is primarily due to the increase in activity in the condominium sector. On a quarterly basis, the second and third quarters of 2014 reflect $72.7 million and $71.8 million in sales volume, respectively. A same-quarter comparison of the third quarters of 2014 and 2013 reflects a 19.7% increase in sales volume. (See “Guam Real Estate Sales Volume By Quarter” and “Guam Real Estate No. of Sales by Quarter” graphs.)

Commercial building sales includes the three-story Cen-Tam building in Tamuning, the former Trinity Christian School along Marine Drive in Yigo, Inarajan Garden House, a two-story commercial building by Fujita Road in Tumon, and the former New Marina Hotel in Hagåtña. A luxury house in Talo Verde Estates and another one in Chalan Pago also made the list along with the highest priced condominium unit sale this year in Villa KantonTasi at $1.7 million.

What is interesting from this list is the increase in the number of Taiwan-related buyers in addition to local investors.

It is probably too early to say that there is a rebound in the residential sector, but there is definitely increased activity in the condominium sector, a sector that typifies the investment sector in Guam. Based on sales data through September, annualized 2014 condominium sales increased from $31 million in 2013 to $51.9 million, a substantial increase of 67.4%. Condominium sales singlehandedly increased Guam residential real estate sales. (See “Guam Residential Sales Volume” graph.)

There were 161 condominium units sold between January and September, or an annualized total of 242 units, a significant increase from the 165 units sold in 2013. Again, the interesting trend to note is the increased numbers of off-island buyers.

The median price has also increased by 20.8% from $139,905 in 2013 to $169,000 in 2014, although a disclaimer must be stated that an increase in the median price is not necessarily the same as a mean price increase, and is influenced largely by what types of units were sold during the period. In particular, various Agana Beach oceanfront condominium units, a $1.7 million Villa KantonTasi unit, and a $931,000 La Stella Maris unit were included in the top-priced condominium units sold in the first nine months of 2014.

There were 402 single-family residential units sold between January and September, or an annualized total of 536 units, pretty much the same level of sales over the past four years. Single-family median prices increased by 3.3% to $206,650, a slight increase compared with the 2013 level of $200,000. Annualized sales volume dipped by -3.6% to $127.2 million. While two million-dollar house sales were transacted during this period, only 10 houses have been sold in Guam for more than $1 million dollars in the last 10 years.

The announcement of the proposed construction of a 368-room hotel by Ken Corp. next to Hotel Nikko Guam is welcome news. Although the tourism industry has rebounded sharply, and the revenue per available room of Guam hotels has increased significantly, room rate levels barely justify hotel development in Guam. However, some hotel developments still make sense for an existing operator or current land owner.

The first is the 400-room DusitThani hotel that has been built by a combination of an existing owner of land plus existing synergy with the adjacent Bayview development (including The Plaza, the former Commette Building and the Outrigger hotel) and is located at the center of Pleasure Island in Tumon.

I am in the middle of a large assignment that has multi-faceted issues. Analyzing property issues, I sometimes find the issues overwhelming. One of my expert colleagues visiting me from Ireland told me that analysis is only great when we have clean data available and the analytical results describe exactly what we thought it should be. However, he noted, in these situations an expert is not required. So we come to a point where we should be thankful for problems, as they created opportunities for the people who are willing to work hard to resolve these problems.

The same analogy applies to investment property in Guam: The faithful are rewarded, as I have witnessed working with my clients over the past 16 years. Successful real estate investors work hard, stay focused on cash flow and are always looking for new ways to increase efficiency and create synergies.

—            Siska S. Hutapea is the president of Cornerstone Valuation Guam Inc., a real estate appraisal and advisory company. She holds the MAI designation from the Appraisal Institute in Chicago and MRICS from Royal Institution of Chartered Surveyor based in London. With her wealth of knowledge, she also provides her clients with advice on real estate investment decisions. She can be reached at 989-9288. 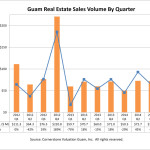 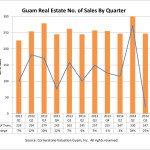 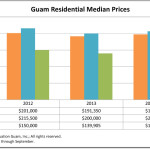 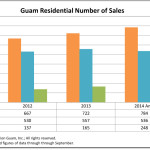 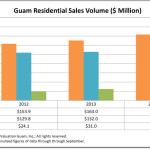 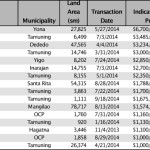